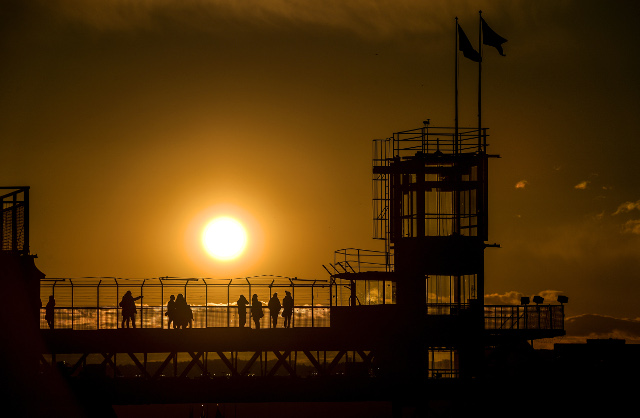 Warm air is moving in over Sweden from the south-west and the sun is out across much of the country – blessed relief from the chilly Easter and up to 30 centimetres of snow that parts of the Nordic nation experienced last month.

“In southern Sweden it'll get up to around 15 degrees in many places in the coming days. It looks like the warmth will culminate on Friday where it could be up around 20 degrees in Östra Götaland and Svealand,” meteorologist Charlotta Eriksson from national weather institute SMHI told news agency TT.

Some places could even see temperatures approach the 20 degree mark as early as Monday, with a bit of luck. And anyone planning outdoor activities this weekend should expect good conditions.

“There's a bit of cooler air that will move down from the north, but it looks like there's a good chance of sunshine on both Saturday and Sunday. It won't be clear blue skies though: some clouds will form in the afternoons,” Eriksson explained. This was Bollnäs in central Sweden only a week ago. Photo: Anna-Liisa Sjöholm/TT

Despite the generally sunny conditions however, a few unlucky parts of Sweden still haven't escaped from the dreaded chill. A section of the E10 road between Björkliden and Riksgränsen in the north-west near the border with Norway was closed on Tuesday morning due to a combination of snow and strong winds.

SMHI have even issued a class one weather warning (the least serious on a scale from one to three) in the northern Lapland fells due to poor visibility and the potential for snow drifts.

“(In general) it's maybe warmer than usual but it's varied. It's somewhat warmer in the south, somewhat colder in the north. We have a few snow showers in the north and it's a bit windy,” Eriksson concluded.