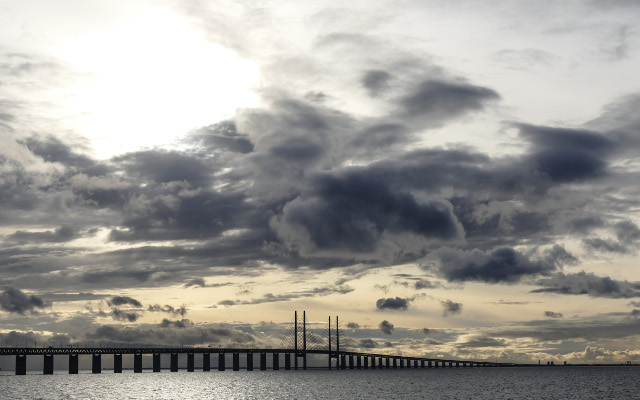 On Tuesday Sweden announced that it had decided to drop the ID checks that it has carried out on buses, trains and ferries travelling between the two countries since the beginning of 2016.

“Swedish ID checks have set the whole of the Öresund region back,” the Danish PM said in a press statement.

“The controls have been a significant inconvenience for commuters and others travelling between Denmark and Sweden and have adversely affected the strong dynamic the region has had for decades. It has not been fun to experience it,” Rasmussen continued.

Sweden introduced border control in November 2015, and in January 2016 required transport service providers to carry out ID checks on board trains, ferries and buses crossing the Öresund.

The measures were introduced as a result of a peak in the flow of migrants from Denmark to Sweden in 2015.

Sweden's ID requirements, placed on Danish rail operator DSB amongst others, stated that operators could be hit with fines for transporting undocumented individuals across the Öresund Strait to Sweden.

Both border controls and the now-scrapped ID checks have resulted in significant delays and cancellations on trains between Denmark and Sweden, reports Ritzau.

DSB will cease carrying out its checks from Thursday, according to the Danish Ministry of Transport, Building and Housing.

“It is also extremely pleasing that the Swedish government has now decided to repeal the ID control. It is a good day. Now we in the region can continue to grow and develop together.”

“I look forward to conditions for commuters, businesses and all others in the Øresund region improving significantly,” Rasmussen said.

But despite the end of ID checks, travellers to Sweden should continue to carry passports, with border control remaining in place, as noted by the Danish PM in a Twitter post.

On Tuesday the EU approved the extension of border controls in Denmark, Germany, Austria, Sweden and Norway, with the provision that they will likely be lifted in October.

“What we are proposing today is to gradually phase out temporary, internal border control while simultaneously strengthening proportional police checks across member state borders. This will be the last extension,” said EU migration commissioner Dmitris Avramopoulos, according to a report by Jyllands-Posten.

READ ALSO: What is Sweden doing to integrate thousands of asylum seekers?