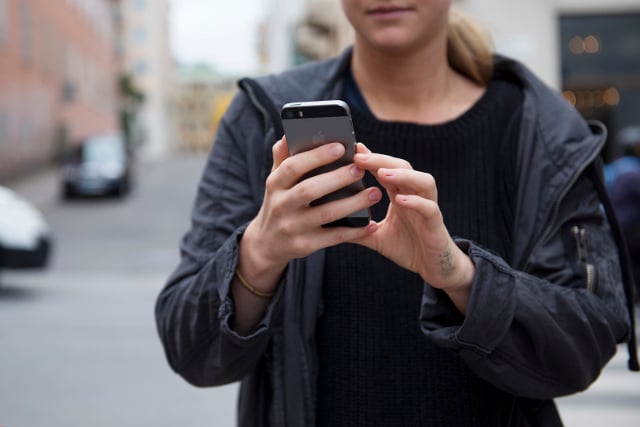 File photo not related to the story. Photo: Izabelle Nordfjell/TT

Medicoo is the latest in a recent line of digital doctor services in Sweden offering appointments via a computer interface rather than in person. What makes it unique is the capacity to have an appointment in English or Arabic, rather than just Swedish.

“It's important to renew Swedish healthcare and adapt the experience for modern Sweden. We have a lot of people living in Sweden relying on just English to navigate, they should of course also be able to access quick and efficient care in this language,” Medicoo founder and CEO Philip Segenmark told The Local.

Arabic meanwhile is likely Sweden's second most common native tongue by now, with the increase of speakers caused by the influx of refugees to the country in recent years meaning it has probably overtaken Finnish, pending new figures. And Arabic speakers in particular need better access to Swedish healthcare, according to Segenmark:

“Research shows a lot of slippage and poor information for this group. The need for interpreters in traditional healthcare of this group is also having a big impact on our system. We remove the need for an interpreter, but more importantly, wish to make healthcare accessible and easy for the native Arabic speaking population.”

READ ALSO: An in-depth look at how Sweden is tackling its integration challenge

But why have a digital appointment instead of a physical one in the first place? For starters, Sweden has notoriously long waiting times to see doctors: in the latest edition of the Euro Health Consumer Index it ranked alongside Ireland as having the poorest healthcare accessibility in Europe.

In November The Local reported on Värmland county council becoming the first in the country to pilot digital healthcare for its citizens in an attempt to battle lengthy waiting times, promising an average digital waiting time of only eight minutes.

Medicoo also promises waiting times of minutes after logging in and registering symptoms. But the service isn't a comprehensive replacement for standard doctor's appointments, the company’s CEO admits.

While referrals to specialists, prescriptions and even certificates of illness can all be provided through a digital appointment, the catch is that the symptoms have to match a specific number of basic health issues identified as suitable to be diagnosed digitally rather than requiring a physical examination.

“With time it will widen as we find more sophisticated ways to communicate and meet with the patient, but as for now there are certain limitations that need to be respected,” Segenmark noted.

“For the symptoms we offer the patient will receive a full substitute for a physical doctor's appointment. The patient will always receive advice, prescriptions, referrals to specialists, lab testing and also the possibility to revisit the same doctor.”