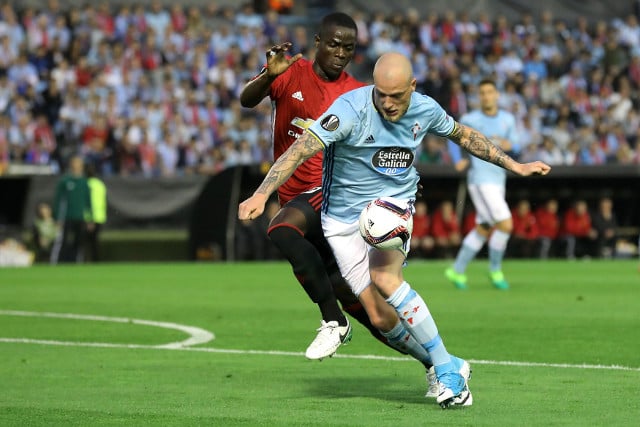 A free-kick goal from 19-year-old United forward Marcus Rashford in the second half settled the game, and Celta keeper Sergio Alvarez made a string of saves to prevent the deficit from growing further.

But Celta favourite Guidetti pointed to the Galician team's big wins against Spanish giants Atletico Madrid and Real Madrid in recent years as evidence that they can mount a comeback at Old Trafford.

“The Man Utd fans expect more than sitting back and taking a 0-0 draw, so I think we are going to have even more space,” he said after the final whistle.

READ ALSO: Who is Sweden's next Zlatan?

“Last year we scored three goals away against Atletico Madrid to go through (in the Copa del Rey) and their defence is very strong, and this year we won 2-1 at the Bernabeu and they are almost in the Champions League final.”

“We know we can do it,” he emphasized.

The Swede noted that Celtca could learn a thing or two about the way United ran down the clock after going ahead:

“At the end of the day it's a set-piece that gets us. After that Mourinho has got a lot of experience and he just tells his players: 'Game's over, game's finished, 1-0, we're not gonna play anymore football tonight'.”

READ ALSO: Sweden striker Guidetti is a hit with this bizarre interview

“You could see they made 15, 20 minutes (at the end) be three minutes of football,” he concluded.

The 2016-17 Europa League final will be held in Guidetti’s home city of Stockholm at the Friends Arena national stadium on May 24th.