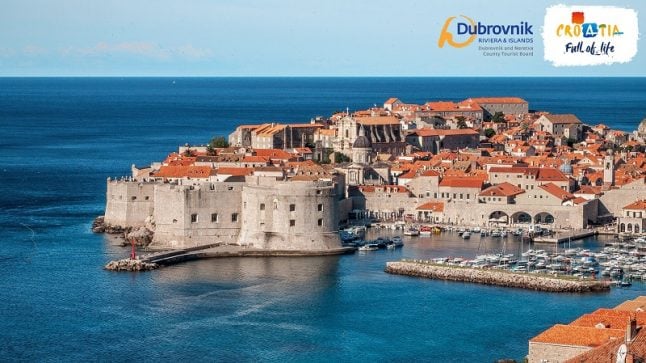 You’ve heard of Dubrovnik, but are you aware of its beautiful surroundings?

Thousands of islands, natural parks, hundred-year-old monuments and sensational gastronomy are just some of what the Dubrovnik-Neretva County has to offer, making it one of the most desirable travel destinations in the world.

Upon arrival, you’ll be greeted with Mediterranean sights and smells; it’s overwhelming, in a good way, no matter the time of year!

Visit Dubrovnik, walk along the impressive and beautiful walls and take in the view of the beautiful sea.

The beauty of Dubrovnik, however,  lies not only in architecture, history and nature.

There are international music and theatre festivals, and all sorts of unique happenings.

The Dubrovnik Summer Festival, Croatia's leading cultural event and one of the five most outstanding European cultural festivals take place for the 68th time this August! An amazing festival opening with fireworks and music is followed by the theatre shows, films, concerts, operas, and dance productions.

At the end of June, Dubrovnik opens its doors to a theatre treat – Midsummer Scene Festival. The unique theatre festival takes place on Dubrovnik's fortress Lovrijenac, and is the only English theatre festival in south-eastern Europe!

The Elaphiti Islands or the Elaphites is a small archipelago consisting of several islands stretching northwest of Dubrovnik, in the Adriatic sea. Sandy beaches and centuries-old buildings are yours to explore. The beauty of the clear Adriatic Sea and untouched nature offers the opportunity for an active holiday, but also a quiet escape from everyday life.

Thanks to remarkably rich soil, Pelješac produces some of the best wines in the world. Wine trails and tasting rooms are located on almost every intersection of the long and winding paths that connect this green peninsula.

The town of Ston should also not be missed when exploring Croatia!

Ston is known for its defensive stone walls, salt works and excellent gastronomic offerings in the form of shellfish, wines and olive oil. No wonder Ston is the host of the international Kinookus Film Food Festival! The festival explores issues of industrial food production and its consequences for the planet, while telling the story of ordinary men and women who engage their creativity and resourcefulness in trying to overcome the existing, collapsing socio-economic model.

The Kinookus organisers give their support to the ongoing efforts of the local community and CSO's to revive and preserve the unique spirit of this magical place.

Moreška, Stari grad (Old town) and the home of Marco Polo, olive groves and vineyards, rocky coves and beaches, harbour and small bay… this is a brief description of Korčula.

It's also home to Korkyra – a Baroque Festival which was established in 2012. This year it'll run from 2nd-12th September.

The Island of Mljet is yet another place that leaves you breathless.

The long pine forests, national park and salt lakes, the Isle of Saint Mary which is home to a Benedictine monastery and Church of Saint Mary are all part of the islands beauty. Footpaths connect the two lakes and the majority of the island, making the journey much easier. A perfect place for the mind to recharge and the body to recover.

Neretva Valley is an untouched part of nature which feels like the wilderness but is also very safe. Journeying through the narrow canals and river in a traditional Neretva boat is a unique experience that will put you “in Nirvana”. In August, there's the Maraton Lađa (boat marathon) – an amateur race of the traditional Neretva boats on a 22,500 m long track.

Visit Lastovo – the largest island of the archipelago of the same name, which includes 46 islets and reefs, is one of the most wooded regions in Croatia.

The island  has one of the most beautiful views in all of the county, because it's surrounded by the beautifully blue and extraordinarily clean sea.

We would also recommend a visit to Konavle and Cavtat  – they're ideal places for a respite from the summer tourist crowds in Dubrovnik.

There is so much to do here with something to suit every taste. You might bathe at some of the most beautiful beaches or stroll around lovely coves, while enjoying marvellous and delightful views of open sea, or perhaps you'll opt for something more active and go scuba diving, rowing, trekking or climbing. Whatever you choose, this is a destination which will not disappoint!

This article was produced and sponsored by the Dubrovnik and Neretva County Tourist Board.