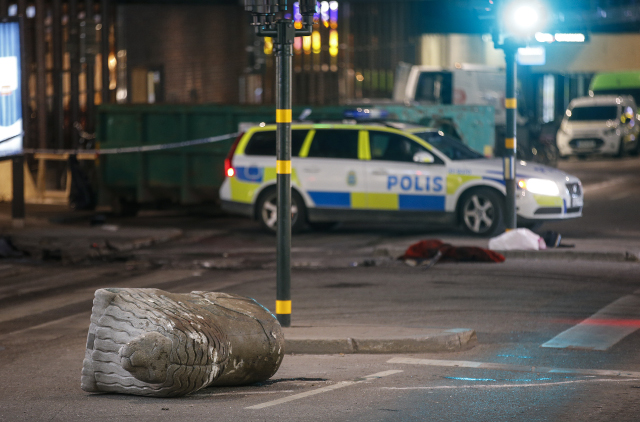 Heavier three-tonne concrete lions designed to hinder vehicles will be placed on Drottninggatan in Stockholm after the April 7th attack. Photo: Fredrik Persson/TT

Several Swedish cities told public broadcaster SVT that they are considering putting or have decided to put new physical barriers in place in order to prevent terrorists from using vehicles as a weapon in attacks.

Others say they are investigating heightened video surveillance to increase the protection of people in public places. Two further cities, Jönköping and Linköping, are also considering raising security on streets but have no specific measures planned at the moment.

On Drottninggatan in Stockholm, where five people were killed in last month’s attack, concrete lion figures are placed sporadically as a form of traffic barrier. Now, heavier lions which weigh three tonnes each – three times as much as the smaller variant previously used – will be added to the street.

The larger lions will be placed in a way so that vehicles cannot drive straight and are forced to turn, preventing them from speeding up. 40 more of the smaller lions have also been ordered, and may be attached to the ground in order to make it more difficult to move them.

Uzbek national Rakhmat Akilov, 39, has admitted to committing a “terrorist crime” and driving the truck that killed five in the attack in central Stockholm last April.