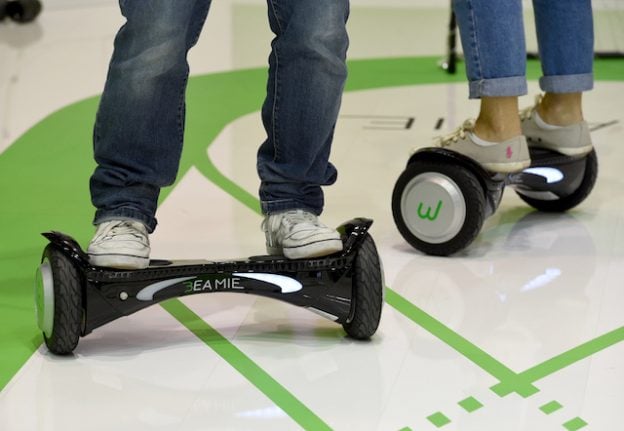 File photo of hoverboards not related to the story. Photo: Rainer Jensen/picture-alliance/dpa/AP Images/TT
With a name taken from the fictional gadget in Back to the Future, the hoverboard, also known as a self-balancing scooter, has become a popular toy for children.
But many parents are unaware that the boards are powered by lithium-ion batteries, which pose a fire risk, and are to be used with caution.
The Swedish Civil Contingencies Agency (MSB) found that between July 2016 and April 2017, 48 fires were caused by hoverboards. Most fires started while they were being charged.
In an effort to stop dangerous products, the Swedish Work Environment Authority (Arbetsmiljöverket) recently carried out unannounced inspections at eight major retailers stocking hoverboards in the Stockholm area.
READ ALSO: Swedish parents fuming over toy knuckledusters
It found that 10 out of 13 hoverboards inspected did not meet the formal product requirements – CE markings, instructions in Swedish and an EU Declaration of Conformity  – and they have now been banned for sale on the Swedish market as a result.
“All 10 products lacked at least one of the above properties, or were lacking all three,” Monica Torgrip, head of the technology department at Arbetsmiljöverket, told The Local.
Apart from health and safety aspects, Torgrip stressed that manufacturers should not be able to get competitive advantages by neglecting their obligations towards consumers.
“We think it's very important, from a competitive point of view, that manufacturers don't jeopardize people's health and safety by not fulfilling all requirements,” she said.
All hoverboards are required to have a CE marking, and the EU Declaration of Conformity is another important point to look out for.
“That's really important as it means that someone has assumed responsibility for the product having gone through all necessary tests, inspections and risk assessments,” Torgrip said.
For worried parents out shopping for hoverboards for their children, Monica Torgrip's advice is to look for the same criteria Arbetsmiljöverket did.
“Open the box in the shop – you have the right to do so. And if you find that the product doesn't meet all requirements, what I would do is look at a different product instead,” Torgrip told The Local.
READ ALSO: Sweden inspires UK on gender neutral toys 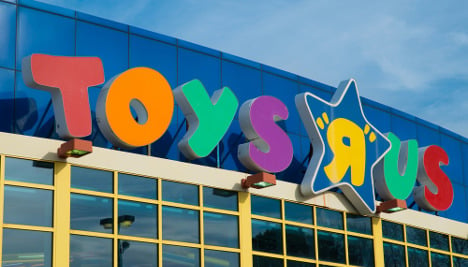 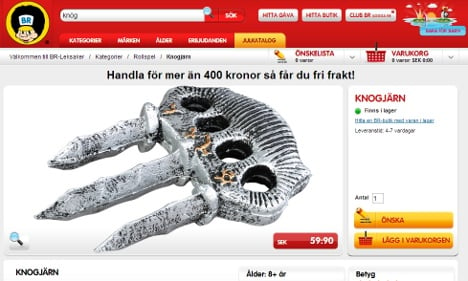