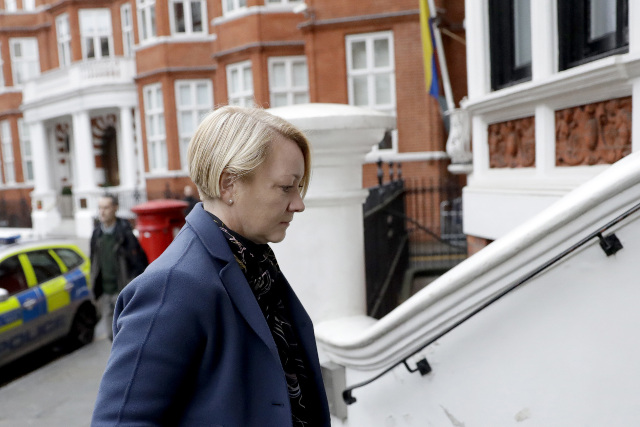 The prosecutor's office said on Wednesday that officials would “talk about the ongoing case,” without providing further details.

The first press conference since September comes ahead of the Stockholm district court's examination of a demand by Assange's lawyers that Sweden drop his European arrest warrant.

The prosecutor's office said it had until Friday to send the Stockholm court a request for Assange's arrest.

Assange has been holed up inside the Ecuadorian embassy in London since 2012 trying to avoid extradition to Sweden to face the charges, which he denies and has called politically motivated.

He fears Sweden would extradite him to the United States to face trial for leaking hundreds of thousands of secret US military and diplomatic documents that first gained attention in 2010.

He has made numerous appeals to Swedish courts, including the Supreme Court, but has lost eight bids to cancel the arrest warrant.

Swedish judges have refused to take into account the opinion of the UN Working Group on Arbitrary Detention, which in February 2016 said Assange was “arbitrarily detained” by Sweden and Britain and called for the warrant to be annulled.