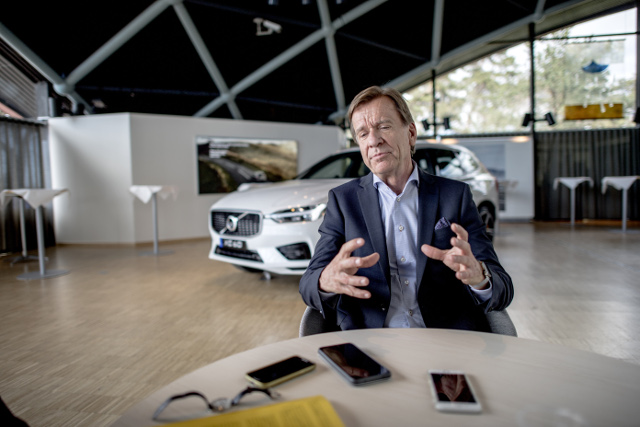 Volvo CEO Håkan Samuelsson has revealed that the company could abandon diesel engines in the near future. Photo: Björn Larsson Rosvall/TT

The company will continue building its latest model of diesel engines, first developed in 2013, but Samuelsson said it would be too costly to invest in research for a new motor.

He said it was unclear how long the current diesel programme would run, but the FAZ estimated that it could end in 2023.

A spokesman for Volvo told AFP that it was too early to predict the shutdown of the diesel range.

“We just developed a new generation of diesel engines, so there is no need to develop another one as of now,” David Ibison said.

“Choosing not to have diesel models in the future is an option rather than a plan,” he added.

The company, now owned by the Chinese group Geely, will instead begin developing electric cars, with the first models expected to hit the market in 2019.

German car giant Volkswagen is championing electric models in a bid to clean its tarnished reputation, after it admitted in September to installing emissions cheating software in 11 million diesel-powered cars worldwide.

Higher-end manufacturers like BMW and Daimler, which owns Mercedes, are also jostling for a share of the electric vehicle market, but face a challenge from newcomers like Tesla, which has had a head start in autonomous driving as well as electric power.