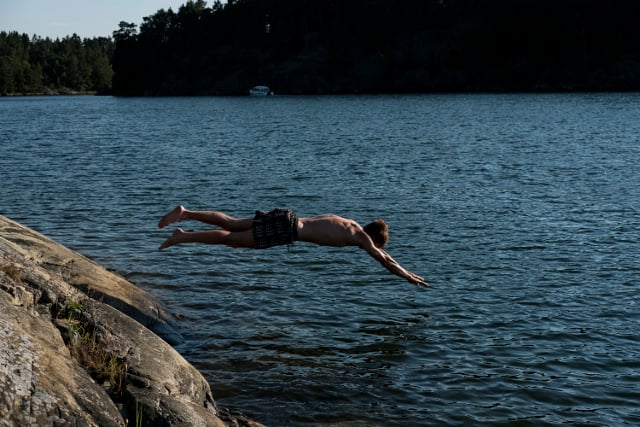 The Gröna Lund concert season has already started with a triumphant show from Swedish rock band The Cardigans. That's followed by internationally renowned acts like Elton John and Biffy Clyro, as well as rising stars like Johnossi and other popular Swedish bands, while the season closes with Grammy winners Ghost.

Nearly 70 concerts will take place at Stockholm's amusement park from May until the end of September. A useful tip: buying the Gröna Lund season card for 250 kronor gives you access to all of the concerts and the park itself.

When: May – September
Where: Gröna Lund, Stockholm, Sweden
Web: www.gronalund.com/en/entertainment/concerts
Cost: 250 kronor for the whole season of concerts and park entrance

A Taste of Stockholm (Smaka på Stockholm) is Sweden's biggest food festival, and it's as diverse as the capital itself, offering Swedish cuisine as well as exotic creations from all over the world.

Witness cooking contests, take part in drinks tastings and try new flavours until either your stomach is full or your wallet is empty. Before you go, make sure to check out the program. There are several concerts from jazz to rock and soul acts, and one of your favourite cooks may even be competing under the (hopefully) blue sky.

While week long festival passes are sold out, day tickets to the Stockholm Early Music Festival (SEMF) are still available for those who want to experience a throwback to Baroque and Renaissance music.

The atmosphere is given more authenticity by the venue, Stockholm's Old Town Gamla Stan, where visitors will enjoy international acts, timeless sounds and exhibitions of historical instruments. All of the events and concerts are inside historic buildings, such as The Royal Armoury (Livrustkammaren), The German Church (Sankta Gertruds kyrka) and The Riddarholmen Church.

Throughout the three sunniest months of the year Kulturhuset and Stadsteatern Stockholm allow free access to open-air theatre for everyone. Parks, playgrounds and squares become theatre stages, concert halls and dance venues under the sky.

This year's program will be available from the 18th of May – get ready for a midsummer night's dream in the heart of the Swedish capital.

When the sun doesn't set and kids are busy picking flowers to help them dream of their future true love, that means it's Midsummer time in Sweden. As nearly all Swedes flee the cities to celebrate this most Swedish party in the countryside and in their summer houses, you should also try to find a place to stay outside the city.

The Dalarna region around Lake Siljan in the centre of Sweden is one particularly nice spot. Villages like Leksand, Rättvik and Mora have their own Maypoles, and there should be plenty of chances to celebrate and have a few drinks there.

When: around June 24th
Where: everywhere in Sweden

Over two summer months Malmö becomes a huge open-air stage, hosting performing arts at approximately 40 venues all around the city. Concerts are part of the programme as well as cinema and performances, all free of charge.

The full programme will be revealed at the end of May, however, a couple of events are already confirmed: ever tried dancing Lindy Hop or an acapella concert? There's plenty to check out!

When: June 17th – August 10th
Where: All around the city of Malmö
Web: www.sommarscenmalmo.se
Cost: Free entrance

Want to catch the full range of summer vibes with a party feeling? At Tylösand (halfway between Malmö and Gothenburg) sun lovers celebrate two weeks of beach volley, DJ sets, skate and paddle board competitions, parties and plenty of hangouts on the beach.

Pro coaches will prepare your beach volley techniques for several tournaments. Rather party than do sports? Then try to win the craziest costume or best in show awards together with your team!

When: July 17th – 30th
Where: Tylösand beach
Web: www.summersmash.se
Cost: From 1,995 kronor (the cheapest package for one week)

The area of Värmland on the border with Norway is this year's host of Artscape and its “White Moose Project”. From July 24th until August 18th, 23 artists will create large-scale public art in ten cities in the Värmland region, such as Filipstad, Karlstad and Torsby.

Huge walls will be covered with original and experimental works by graffiti artists. Stay updated on Facebook with free artist talks, panel discussions and workshops for everyone.

Way Out West isn't just a festival, it's one of the largest, most innovative and sustainable festivals in the world, and has won prizes for its environmental credentials.

Slottsskogen, the place where the event takes place, is arguably Gothenburg's most beautiful park, and will this year host huge international acts like Frank Ocean, Lana del Rey and The XX. The line-up ranges from indie and rock to pop and electronic sounds.

When: Aug 10th – 12th
Where:  Gothenburg, Slottsskogen
Web: www.wayoutwest.se
Cost: Tickets cost up to 2,195 kronor for the weekend

Link in bio! #wowgbg #Repost @lanadelrey ・・・ My new song with Starboy is out ❤️ it's the title track of the record –Lust For Life https://lana.lnk.to/LustForLife https://m.youtube.com/watch?v=35cTIXoBnuw

Ready for the ultimate Swedish contest? Push yourself to the limit at Dalsland Canoe Marathon +, a 55 kilometre kayak and canoe race through four lakes (Laxsjön, Svärdlång, Västra Silen and Lelång) in Dalsland.

After eleven hours of stunning views and exhausting effort, professionals and amateurs can then reward their efforts with a drink and a massage.

When: Aug 12th
Where: Starts at Baldersnäs Herrgård, finish line at Bengtsfors
Web: www.kanotmaraton.se
Cost: 895 kronor for a single kayak, 1,595 kronor for a double kayak or canoe

August is crayfish time, one of the Sweden's favourite foods. The events tend to be for friends and family, but if you don't have an invitation, there's no need to despair. Väderöarnas guesthouse in the surrounding of the beautiful Weather Islands off Sweden's west coast invites everybody to take part in the catching, eating and traditional partying.

When: August
Where: Hamburgsund, Weather Islands
Web: www.vaderoarna.com
Cost: 2695 kronor with a one night stay included

READ ALSO: How to survive a Swedish Crayfish party

Love jousting and fire shows? Passionate about craft markets and storytelling? Feel like been you were born 600 years too late? Then you should definitely join the Medieval Week on the island of Gotland.

At this unique setting within Visby's old walls, you can watch street theatre, listen to concerts in the city's church ruins, roam around at authentic marketplace and make friends with other addicts at the camping area.

When: August 6th – 13th
Where: Gotland (mostly Visby, but also rural parts)
Web: www.medeltidsveckan.se/en
Cost: There are many free events, while special events cost up to 250 kronor. Camping is 995 kronor for the week.

Malmö Festival is a week of music, culture and ground breaking art at 32 places all around the southern city. Both indoors and outdoors, it's a celebration of summer, music and life.

What started as a small street party in 1985 expanded to a sustainable festival covering the whole city. Today, it's the biggest inner-city festival across the whole of Scandinavia – or “the world's biggest house-party,” as the organizers say.

Some acts are already confirmed, such as Swedish favourites Henrik Berggren and Oskar Linnros, and the whole program will be released in July.

Bringing people of all age and interests together, promoting tolerance, combating segregation, and inviting everyone to join – that's the goal of Gothenburg Culture Festival, which takes place through five days during August.

With music, arts, theatre, literature, film, crafts and one and a half million visitors, the annual event is one of the biggest culture festivals in the Nordic countries. A place where everybody can find their favourite and some new inspiration.

Normally, boats navigate carefully through the Göta Canal's locks, but in early September the section near Linköping is the setting for one of the toughest climb-swim races ever. The “Neptune Steps” are open for everyone, but it might be better for us ordinary, semi-trained people to just enjoy watching the race from the sidelines.

900 meters of upstream cold water, 11 climbing obstacles, and a total of 28.8 meters vertical climbing must be overcome. The fastest 25 out of the qualification races will compete in the finals to achieve one of the great trident trophies and lifelong honour.