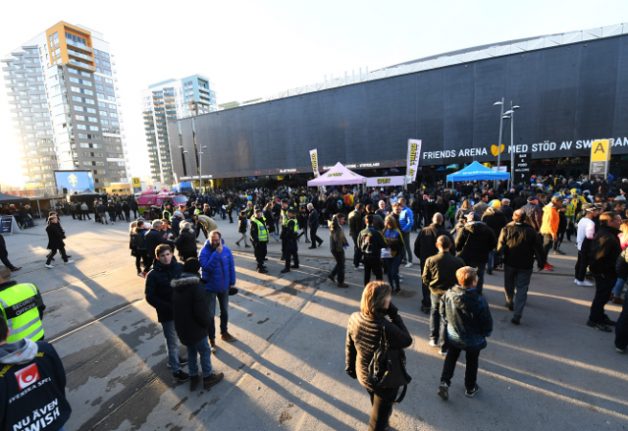 In a statement on their website, organizer UEFA said that there is “currently no specific intelligence which might suggest that any of the UEFA Europa League final activities in Stockholm may be the target of attacks”.

“UEFA hs been closely working with local authorities and the Swedish FA for many months and the terrorist risk had been taken into account since the very beginning of the project. Furthermore, a number of additional security measures were implemented following the attack in Stockholm last April,” it continues.

The European football governing body recommends that all supporters arrive at the Friends Arena as early as possible, as detailed checks will be made at entrances, which could result in delays in accessing the ground.

At least 22 people were killed and 59 injured when a suicide bomber targeted an Ariana Grande concert in Manchester on Monday night.

READ ALSO: Manchester attack 'breaks the heart of everyone with human empathy'

Manchester United are due to face Dutch side Ajax in the final of the Europa League at Stockholm's Friends Arena on Wednesday.