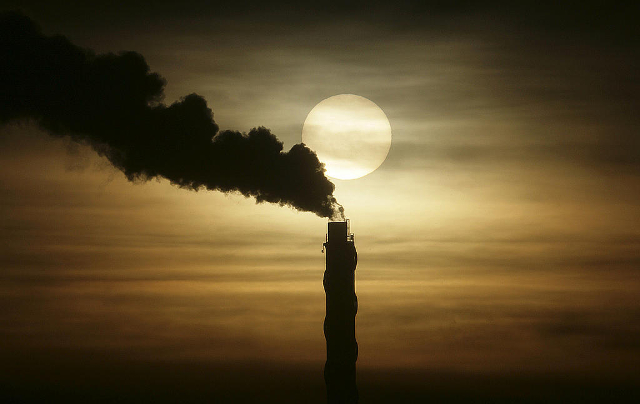 Have a fresh solution for climate change? You could be worth millions... Photo: Fredrik Sandberg / TT

Considering the United Nations has an annual budget in the region of $5 billion to tackle the world's problems, that's pretty ambitious, but Szombatfalvy is serious.

In 2012, he established the Global Challenges Foundation (GCF), which recently announced their “A New Shape” prize aimed at remodelling global cooperation. Come up with a world-changing idea, and you could be given up to $5m. It's that simple – provided you can find solutions to the biggest challenges of our time.

GCF's vice chairman Mats Andersson has worked with Szombatfalvy for 35 years, and he told The Local contributor Miriam Bade that he's optimistic about what the prize can achieve:

“It's probably a combination of being a bit naïve and an optimist. But we've been able to send people to the moon and get them back, why shouldn't we be able to address the risks we face today?”.

What the GCF calls “global catastrophic risks” are at the top of the pile, and threaten the survival of at least 10 percent of the world's population according to the foundation. Air travel, deforestation, water shortages, air pollution and emissions heavy vehicles contribute, and we all know about these problems “but people don't want to hear it, because right now they might not be able to take their family to Mallorca or Thailand,” Andersson laments.

That short-sightedness means we are leaving the bill for the next generation to pick up, he notes, “and that's deeply immoral! The way we treat our globe the coming 50 years decides how we will live on the globe for the next ten thousand years”.

Climate change is evidently a big part of the problem. It causes numerous issues like the melting of polar ice caps, the slowdown of the Gulf Stream, and the large expansion of deserts worldwide.

“The problem is that you cannot see the difference from day to day, not even on yearly basis. But I think it is obvious that we have a responsibility for the next generation.”

Then there are great humanitarian disasters spawned from political violence and poverty. Children younger than five die every year due to causes like malnutrition or dehydration, exposing the “moral bankruptcy of rich nations” as Szombatfalvy wrote in his book “The Greatest Challenges of Our Time”.

So why, in over 70 years of existence, has the UN unable to adequately address these problems? One of the biggest issues according to Andersson is vetoing – the goals of the 193 member states differ greatly, which makes it difficult to achieve anything at all.

“We need another global government structure to deal with it. The UN do a great job in many respects but it was founded 70 years ago, trying to mitigate the risks we had at that time. So, we need a new set, a new toolbox,” he insists.

That's what the prize hopes to find, “great, implementable ideas” and a new toolbox “to remodel global cooperation and communication”. Asked how realistic it is that they can find those solutions and solve the world's biggest problems, Andersson notes that “in my world it's not a question of if. We have to! There are no alternatives. We need to change if we want to mitigate the risks we have. Otherwise we probably lose this globe or lose the possibility to live on it”.

Anyone can compete for the prize, and the foundation has already received more than 200 submissions, while nearly 12,000 people have registered on the website, and the September deadline is still some time away.

“We want models rather than actual solutions to a specific problem. We are very much supporting a diversity of disciplines to come together,” Andersson observes.

And there is still cause for hope, he feels:

“Conscious among people has never been bigger than today. László and I are crossing our fingers that there are smart people who come up with a great idea. It would be fantastic. We are agnostic on who will compete, agnostic about in which field, in what way. So, let a hundred flowers bloom”.