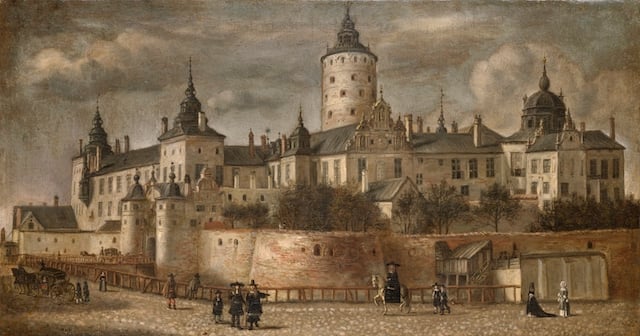 Maybe because of this they’ve often been described in the media as not ever being a ‘proper colonialist’, as well as ‘the world’s conscience’.

But just because it’s a progressive, tolerant country now, doesn’t mean it didn’t want to get in on the colonising back then.

The colonies it possessed were mainly in the US and Africa, though they were quickly taken by the Netherlands, France and Great Britain.

One of the most famous colonies was New Sweden; the lower stretches of the Delaware River in North America was occupied by the Swedes from 1638-55.

It was established during the height of Sweden’s military power – you see, at this point, Sweden included modern day Estonia, Finland, as well as parts of modern day Russia, Poland, Germany and Latvia.

It was here, along the Delaware River, they intended to create bases from which to trade tobacco and fur – the colonies were founded for the very purpose of trade.

Even though the colony was Swedish, the first expedition, in 1637 had been led by a Dutchman, Peter Minuit. Soon after reaching in 1638, crewmen, and settlers built a fort, Fort Christina, named after Queen Christina of Sweden.

Sadly, the fort no longer remains but there remains a church that was built in 1698, established as the Holy Trinity ‘Old Swedes’ Church. This, in fact, is the oldest church in America that stands as it was built! Pretty cool, huh!

Being in America was significant for Sweden because America represented freedom and enlightenment. Having a colony in a country that represented such things evoked almost forgotten Ancient Nordic ideals, which had at this point supposedly been corrupted by foreign influence.

New Sweden had led to a long lasting interest amongst Swedes in the land of freedom (America). From 1870-1910, one million Swedes migrated there, though settling around Minnesota, so no where near Delaware.

Also in the Americas, Sweden at one time had control of Guadeloupe, Saint-Barthélemy, Tobago and Haiti. The Swedes had taken control of these territories in the second period of their colonialism, in the late 18th century.

SI News Service spoke to Klas Rönnbäkk, senior lecturer at The University of Gothenburg to find out more.

“Out of those colonies, perhaps the most important was Haiti, as Sweden had slaves working on the sugar plantations, with sugar being exported back to Sweden.”

It was also with these colonies that the Swedish king was more heavily involved.

While in New Sweden, the king at the time had had some involvement…

“In the late 18th century, the king was the real driving force, perhaps feeling a little left out as most other countries had large colonial territories. Sweden needed one too! He invested heavily in these colonies”

Over in Africa, Sweden possessed settlements under the Gold Coast, so present day Ghana. It was Sweden’s attempt to participate in the slave trade. Historians, however, have argued Swedish interests in Africa were only very minor, at least in comparison to other countries, and that their involvement in the slave trade was not as fierce as their fellow colonialists.

Actually, spoiler alert: Denmark seized the whole Swedish Gold Coast, integrating it into the Danish Gold Coast. This probably came as no surprise though, as Sweden and Denmark had been constantly fighting wars since 1560s.

“They tried to connect these colonies with New Sweden, but in reality, in didn’t turn out that way and actually, Sweden lost the Gold Coast very quickly because they had little money and a weaker military force.”

“There weren’t many people in Sweden anyway, so they couldn’t really send many settlers.”

Largely an agricultural country, Sweden simply did not have what other countries, like Britain and France, had. So ultimately, they lacked the resources to maintain power and were otherwise too involved and invested in wars with neighbouring countries.

“Sweden’s attempt at colonialism was mainly them copying what other countries were doing, but they were essentially just not important enough as a country to succeed.”

Anyway, as much as they tried, rather than exerting their power and dominance over countries, they preferred to maintain their Swedish image and spread their ‘enlightened’ views.