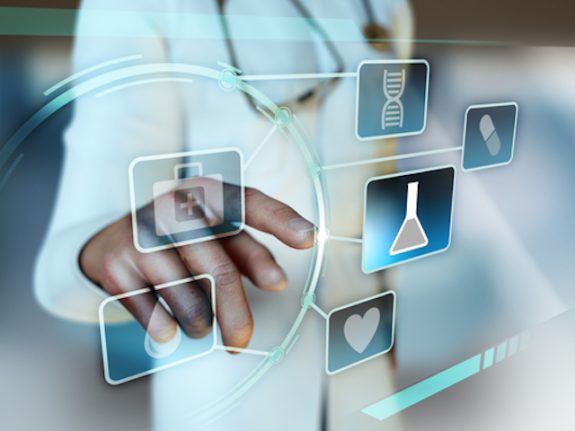 Sweden has long been admired for its comprehensive system of social welfare in which taxpayers fund an impressive range of benefits, with public healthcare provision at its core.

At Sweden is also ranked in several indices rank as one of the world’s most innovative countries, and is home to several successful global firms as well as tech startup scene that’s churning out new firms that have the power to turn traditional industries on their heads.

More broadly, Sweden is also a very mobile savvy, connected society, with deep penetration of high-speed internet connections (93 percent of Swedes had internet access in 2015) and smartphones (77 percent). Nor are Swedes afraid to conduct transactions online, with 79 percent having bought goods and services over the net in 2015.

With such favourable conditions, it seems obvious the country that helped rewrite the rules for digital delivery of music and banking services is doing the same with digital healthcare.

But while strides have been made in healthcare digitalization, progress has been far from uniform. Overloaded IT infrastructure, coordination difficulties, and other factors have slowed the sort of investment needed to fully accomplish Sweden’s digital healthcare transformation – the consequences of which are already affecting patients.

In March 2017, for example, the IT system at a hospital in Västerås in central Sweden went offline for several hours in the middle of the night. Suddenly, doctors couldn’t access information about patients’ medications or whereabouts in the hospital.

The incident came just a few weeks after doctors in Region Kronoberg in southern Sweden were unable to login to a critical system for nearly two hours. And back in September 2016, an IT system malfunction in Uppsala disrupted operations at clinics and hospitals throughout the county for days, prompting nurses and doctors to revert to pen and paper.

Part of the problem, according to Vasil Gocevski, CEO at the Malmö office of international IT company Seavus, stems from a lack of IT infrastructure investment within Sweden’s healthcare sector.

“Hospitals in Sweden could learn a lot from what banks and telecoms firms have done when it comes to adding redundancy,” he says.

And while Seavus has been busy helping hospitals elsewhere in Europe digitize their data and processes, so far hospitals in Sweden have been slow to react.

“In some cases, we see healthcare systems in other parts of the world running much faster than Sweden,” he adds.

Meanwhile, Sweden’s current government has high hopes for digital healthcare, having recently approved the E-health Vision 2025, which calls on Sweden to be “best in the world” at using digitalization possibilities to improve access to quality healthcare.

“E-health is a priority area for the government,” says health minister Gabriel Wikström.

And no wonder – a 2016 report by the McKinsey consultancy estimated that Sweden could shave 25 percent off its annual healthcare costs in the coming years, which translates into a saving of 180 billion kronor in 2025.

And many of the digital solutions to help streamline healthcare already exist.

For example, some parts of the country have trialed digital appointments, allowing patients to have a first consultation via an app rather than forcing them to travel to a physical doctor’s office and wait in line. The solution depends in part on Sweden’s BankID system, originally developed to facilitate secure transactions for online banking.

“At physical health centers it can take from one to seven days to get a time with a doctor,” says Sofia Kacim from Swedish health start-up KRY, which developed the digital appointment technology. “Our ambition is that you will always be minutes away from an appointment with a doctor.”

The solution saves time for patients and makes that first doctor visit less of a hassle and increasing chances that minor medical issues can be uncovered before they become more serious – and more costly.

Another e-health innovation being tested in Stockholm allows stroke patients to conduct therapy sessions at a distance from their own homes, rather than requiring them to remain in hospital for the duration of their therapy.  Using motion sensor technology and a screen that allows for two-way communications with a physical therapist sitting in a remote office.

Despite these and other solutions that can streamline data processing, treatments, and hospital management, Sweden has yet to cement its position as a true e-health leader.

“Huge investments, structural changes, and a clearer division of responsibility is needed to realize the full potential [of e-health],” McKinsey warns in its report, adding that an integrated medical records system ought to take priority, as well as internet consultations and monitoring of patients at a distance.

The decentralized nature of Sweden’s healthcare system – care is managed by 21 independent county councils – also creates challenges when it comes to tech procurement and implementing systems that can facilitate coordination and patient information flow.

And so far, attempts to coordinate across counties have proven difficult.

Despite nearly two years of negotiations between Stockholm County and Region Västra Götaland, which includes Sweden’s second-largest city of Gothenburg, politicians recently failed to reach an agreement for a common procurement of a comprehensive healthcare IT system.

“I’m really disappointed we couldn’t do this together,” Daniel Forslund, Commissioner for Innovation and eHealth at Stockholm County Council, said at the time.

Forslund and others had hoped the cooperation would lay the groundwork for a common IT infrastructure and increased cooperation among regional health bodies that would result in a better, more efficient system.

A common IT infrastructure would bring savings and improve patient satisfaction by making it easier to make sense of the massive amounts of data currently collected in the healthcare system, says Gocevski of Seavus.

“Right now, the data collected within Sweden’s healthcare sector is fragmented. There is sharing on a regional level in some cases, but not on a national level,” he explains.

This “information scarcity” makes it impossible to map the data and create systems that are self-learning and which could ultimately lead to better, faster diagnoses, especially when it comes to rare diseases that involve consultations with multiple specialists before the correct diagnosis can be made.

“To maximize the benefits that Big Data and artificial intelligence (AI) can bring to the healthcare industry, Sweden needs a system where all the data and the insights gained from hospitals and clinics across the country are shared from the start,” says Gocevski.

“That will help cut the time it takes to identify illnesses, which would benefit both patients as well as the healthcare budgets.”

Indeed, the investments required to realize Sweden’s ambitious e-health vision will be substantial. But the long-term benefits in terms of efficiency, personalization, and safety – not to mention eventual cost savings should make those investments pay off.

“If healthcare digitalization is implemented completely, Sweden can within ten years be an international success story for e-health,” the McKinsey report concludes.

This article was produced by The Local’s Client Studio and sponsored by Seavus.