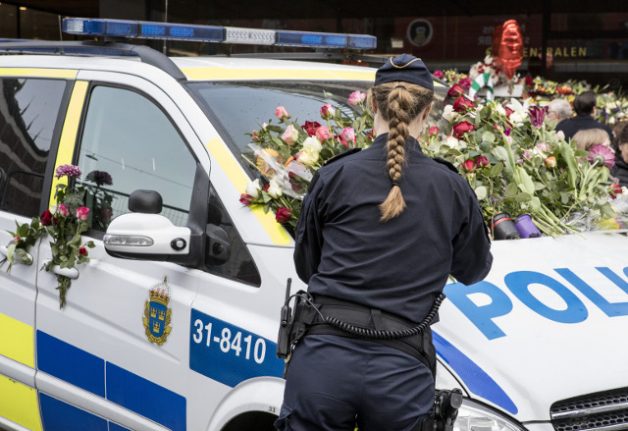 In March 2016, 61 percent of Swedes polled said they had high or very high confidence in the country’s police force, but that number dropped to 54 percent a year later.

The way officers acted in response to the April 7th attack in Stockholm has turned perceptions around however: the results of a new survey by pollsters Sifo show that 63 percent have high or very high confidence in the Swedish police.

“What we see then is that it has returned to the same level again as March 2016. For once the parts of police work that are going well were in focus, instead of the parts that go badly,” Sifo opinion polls head Toivo Sjörén told newspaper Svenska Dagbladet (SvD).

The poll was carried out between May 16th and 19th – a month and a half after the attack in Stockholm – and took in the opinions of 1,074 people.

Five people were killed on April 7th when a truck drove down Stockholm's main shopping street Drottninggatan. The emergency services were hailed for their quick response, and in the days following the attack floral tributes were piled onto police vehicles in tribute to their efforts. READ ALSO: How the attack brought the best out of Stockholm