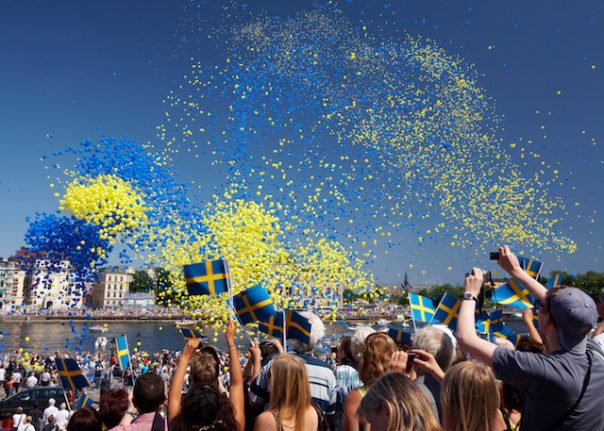 The date itself is significant for two reasons: first, in 1523, it was the day Gustav Vasa had been proclaimed king – his proclamation as king signified Sweden’s liberation from the Danes; and second, in 1809, it was the day the current constitution had been signed.

It was exactly for those reasons that in 1893, Artur Hazelius, founder of Skansen, Sweden’s open air museum and zoo, established the day as National Day. He wanted a patriotic focus for the nation as the Swedes had never been particularly nationalistic.

Still, even to this day, many Swedes do not particularly care for this day.

SI News Service spoke to Bo Petersson, professor of Political Science at Malmö University, to find out more about the history of National Day and what it means to Swedes nowadays.

“Generally, celebrations for National Day are lukewarm – people only look forward to it because it’s a day off!”

“There’s a general struggle among mainstream political parties to recapture national symbols from right wing and more extremist parties. You could say making 6th June a national holiday was an attempt to recapture the national flag from fringe parties.”

“Swedes have often looked sideways and envied Norway’s situation – they have an official National Day which is a public holiday with huge popular participation, so the Swedish National Day was established to have a sort of counterpart to the Norwegian example.”

Today’s official ceremony involves a procession with the King and Queen at Skansen. The flag is raised on the mast as children in peasant costumes present the royal couple with bouquets of summer flowers. This day is also often used, around the country to present new citizens with their certificates of citizenship, and in Stockholm, new citizens are officially welcomed by the king.

Other than this, there isn't really a traditional way of celebrating.

“There is an array of gatherings in parks, and there’ll be official speeches and musical performances, but generally, these gatherings are often targeted more at elderly people. They otherwise don’t engage many people at all.”

“Sometimes, local communities may use the day to celebrate something else simultaneously. For example, in my village, there is a local procession of football players from the local teams. You see a blend of symbolism representing local football and the Swedish flag,” explains Bo.

Essentially, National Day is just a day off, and doesn't necessarily mean a whole lot to Swedes – they tend to save their excitement for Midsummer.

“The traditions that go with Midsummer and Midsummer’s Eve are arguably more Swedish.”

“There is certainly a sort of Swedish identity, but it isn’t manifested on 6th June, rather, it’s manifested during Midsummer festivities.”

Either way, National Day is still a public holiday, and, true to the Swedish way, there aren’t any over the top celebrations. Just wait for Midsummer!