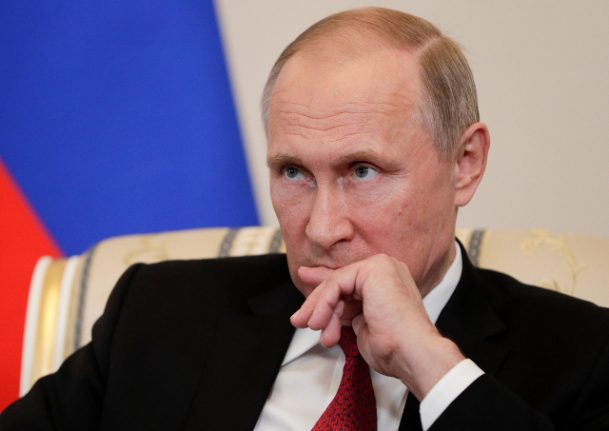 The Russian president made the comments at a meeting with several international news agencies, including Swedish newswire TT, which asked how he would react if Sweden became a Nato member.

“If Sweden joins Nato it will of course have a negative effect on our bilateral relations. To us it means that Nato is expanding towards our borders, even from Swedish territory,” TT quoted him as saying.

“Of course it does not mean that we will get hysterical and get our missiles ready, but we will think about an appropriate response. It would be another threat to Russia.”

A non-Nato country, Sweden has stepped up its military capabilities and exercises with the defence alliance, amid signs of more assertive Russian behaviour in the Baltic region, including Russian planes regularly skirting or violating the national airspace of neighbouring countries.

Relations between the two countries have been frosty in recent years, with Swedish security services reporting that Russian spies are operating in the country and Russia in turn accusing Sweden of peddling “James Bond theories” instead of using diplomatic channels to discuss its fears.

In October 2014, Sweden launched a massive hunt for a foreign submarine, suspected to be Russian, in the Stockholm archipelago over an eight-day period.

Last December, Russia's ambassador in Stockholm said the country had no plans to invade Sweden, and that “the Swedish population can sleep easy”.