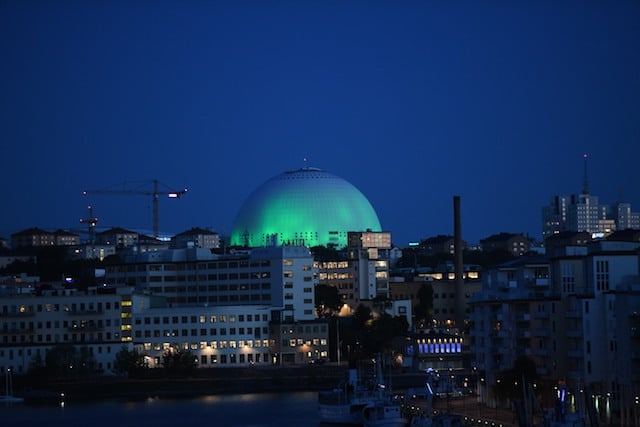 Photo: Fredrik Sandberg/TT
Protests in green were seen on famous landmarks in cities like Paris, Mexico City, New York and Montreal.
On Friday night, the time had come for Stockholm's Globe Arena to light up in green in a display of support for the Paris accord.
READ ALSO: Trump's climate agreement withdrawal 'deeply regrettable': Swedish Deputy PM
The Swedish capital is a member of the C40 Climate Leadership Group, in which cities of the world commit to addressing climate change together.
Isabella Lövin, the Swedish Deputy Prime Minister who once famously trolled Donald Trump in a photograph, said earlier this week that the US president's decision to leave the climate agreement was 'deeply regrettable'.
READ ALSO: Sweden remembers Brussels attacks victims