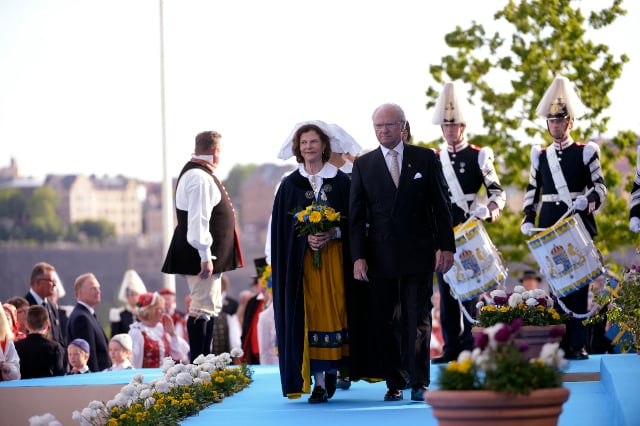 Just under a third of Swedes celebrate National Day, but research by Gothenburg University's SOM Institute shows that participation is on the rise.

“There is a significant increase in interest in celebrating National Day. Participation in other holidays is stable,” Gothenburg University political science professor Henrik Ekengren Oscarsson explained.

The study looked at Swedish participation in “recurring rituals and holidays”, and showed that 31 percent of Swedes celebrated National Day in 2016 – six percent more than 2011. That means National Day celebrations increased more than any other Swedish holiday in the last six years.

A substantial increase in National Day celebration was found among those who were either not born in Sweden or have parents not born there. In that group the increase is between 10 and 15 percent.

One explanation for that is that since 2015 changes to Sweden's citizenship laws mean that municipalities are responsible for holding citizenship ceremonies for new Swedish passport holders, the majority of which take place on National Day.

READ ALSO: Why most Swedes don't care about National Day

There is also an ideological divide in participation. The study showed that Christian Democrat (KD) and Sweden Democrat (SD) voters are more likely to celebrate National Day.

“People on the right, who support the Royal Family and are religious often celebrate National Day. So the celebration is clearly coloured by ideology. At the same time we can see the tendency to celebrate actually increased broadly in all groups between 2011 and 2016,” Gothenburg University's Ekengren Oscarsson noted.

Even if participation is increasing however, don't expect to see anything on the scale of the National Day celebrations that neighbours Norway hold, as detailed in the video below.