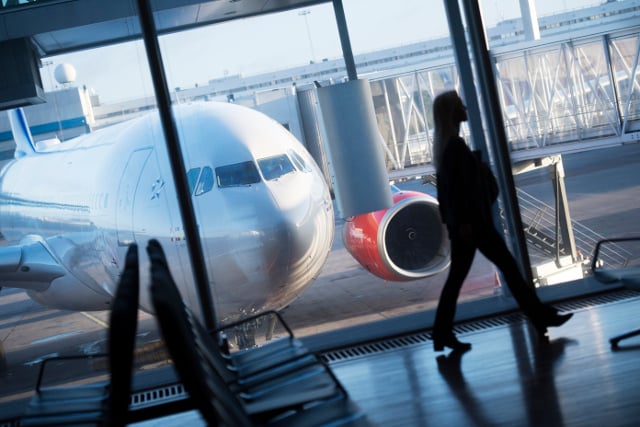 The tax, which would be paid on both domestic flights in Sweden and international flights from the country, would add 80 kronor ($9) to the cost of internal and EU flights, while long-haul flights from Sweden would cost a maximum of 430 ($49) kronor more.

Pitched as a green tax that would encourage consumers to choose more environmentally friendly transport methods and spearheaded by the Green Party (the junior partner in Sweden's coalition government), it was first announced in March, and will be part of tax reforms in the forthcoming autumn budget. The arguments in favour

Other European nations already have similar airline taxes, the government has pointed out. The UK for example has had Air Passenger Duty designed to offset the environmental cost of air travel since the 1990s, while Germany has had an Air Transport Tax on flights from German airports since 2011. The Swedish government thinks airlines should pay a tax for their environmental impact. Photo: Johan Nilsson/TT

Sweden's coalition Alliance opposition has opposed the tax since it was first mooted in March, citing concerns that airlines could move routes elsewhere or even take head offices out of Sweden. At the April Riksdag debate over Sweden's spring budget, Centre Party economic spokesperson Emil Källström warned the government not to “test their patience” on tax reforms like the flight tax, while the Moderates have said that it will mean an increased cost for travellers without benefiting the environment.

Unsurprisingly, the move is not particularly popular among airlines. SAS, BRA and Norwegian teamed up in an opinion piece published in business paper Dagens Industri (DI) last March to argue that the environmental benefits would be “minimal” and that resources should be invested in developing cleaner fuel and more climate friendly technology instead. Airlines like Norwegian and SAS are against the move. Photo: Gorm Kallestad/NTB scanpix

The tax is part of the forthcoming main autumn budget, and if approved would kick in from April 1st, 2018. A drastic way of stopping it from happening would be for the Alliance opposition to submit a rival budget, backed by the far-right Sweden Democrats, to overrule the minority Social Democrat-Green government's bill – at the cost of throwing Sweden into political chaos and sparking a snap election a year before the next Swedish general election (if that sounds familiar, here's why).

That doesn't seem likely however, as the last suggestion of submitting a rival budget to topple the government resulted in a falling out between the opposition coalition members, while the Moderates in particular need as much time as they can get to make up for poor polling this year. Sweden's deputy finance minister Per Bolund has expressed confidence that no such move to “throw Sweden into political and economic chaos” will occur.

One method the Christian Democrats (KD) and Liberals have suggested they could use to hold the flight tax and other tax reforms up is by submitting a parliamentary resolution (tillkännagivanden), which according to standard Riksdag practice obliges the government to consider the opinion of the parties that submit it. The resolutions are legally non-binding, however.