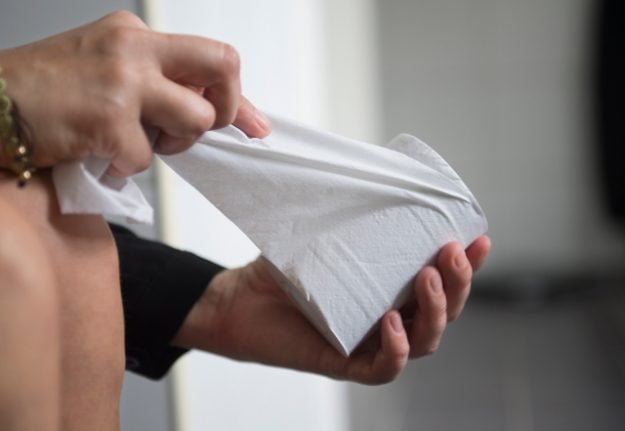 That's what a politician in the small town of Tingsryd, Sweden, thinks.

In a proposal to the council she therefore suggests installing music in the municipality's school toilets, arguing that some students are so embarrassed they refuse to answer the call of nature all day.

“I don't think it's just about No. 2 on the toilet, but many also don't do No. 1,” Centre Party councillor Cecilia Cato told The Local.

“I've worked in the world of education for many years and know through the students that this is a problem, above all in junior and senior high school.”

“I myself experienced this when I was young and now that it's being talked about many others confirm that they did too. It's not something you talk completely openly about…”

Public broadcaster SVT spoke to teenagers in Tingsryd who admitted they did not go to the toilet during school hours.

“It would be embarrassing if it could be heard from the outside,” said one student, adding that she would prefer music over running the tap to cover up the sound of… well, you know.

Cato's suggested model is based on toilets at a newly built music high school in the town, which has music in all toilets. Her proposal will now have to be voted on by the local authority before it goes ahead.

“Of course there won't be music in toilets everywhere, but I also think it is a maturity thing that most people are able to handle in the future,” she said.

“High school is a sensitive period in life and when you get older I think that you are able to do both No. 1 and No. 2 on toilets that don't cover up the sound.”