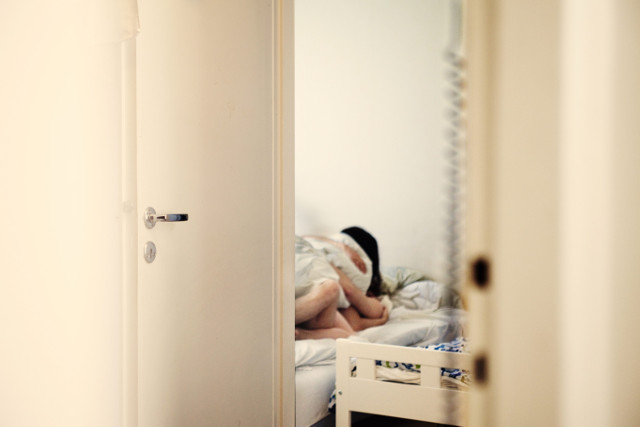 File photo not related to the story. Photo: SVD/TT

New figures from Sweden's Public Health Agency (Folkhälsomyndigheten) show that by the end of May a total of 939 gonorrhea infections had been reported so far this year. That's 254 more than the same period last year.

“The number of cases of gonorrhea is increasing at a worrying pace and it makes you wonder where we are heading,” Sofia Alsing, midwife at Danderyd Hospital in Stockholm, told the TT newswire.

Danderyd Hospital's sexual health clinic has seen the number of people seeking treatment for gonorrhea more than treble during the first five months of the year compared to last year.

“Gonorrhea previously mainly affected men having sex with other men, but now it's primarily been heterosexuals, young women and men, being infected,” said Alsing.

Gonorrhea, a bacterial infection, leads to a burning sensation and a thick green or yellow discharge from the urethra or vagina. Untreated, it can lead to inflammation of the joints and heart valves, as well as reduced fertility. In a small number of cases, it can even be fatal.

Doctors flagged up the issue years ago, but the number of infections has kept increasing in Sweden. As The Local has previously reported, a real concern is that the current antibiotic treatments could stop working, leading to strains of gonorrhea becoming incurable.

In Sweden, gonorrhea and chlamydia are subject to the country's law for communicable disease control (smittskyddslagen), which means anyone who suspects being infected is required to get a test.

Symptoms include a burning sensation when urinating and bloody or red and swollen eyes. The majority of men infected with gonorrhea get symptoms, however only half of the women.

“It is so important to get tested as soon as you have had unprotected sex,” stressed Alsing.