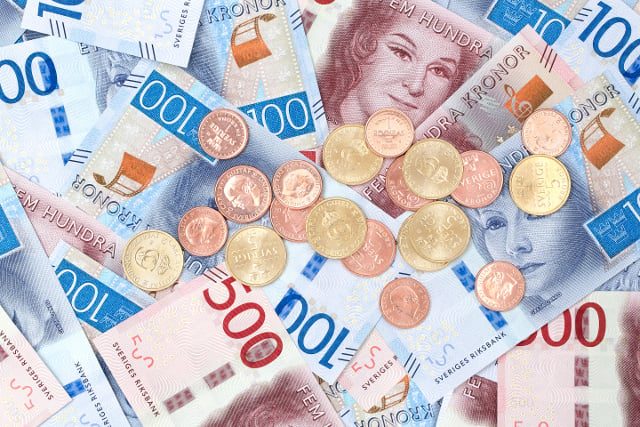 Chances are, if you haven’t been living under a rock for two decades, that you’ve heard of Rich Dad, Poor Dad.

But have you experienced it?

The Rich Dad® Education workshop is coming to Sweden – and it’s free. It will be held at various locations throughout Stockholm from July 4th to July 8th.

The workshops are based on the teachings of Robert Kiyosaki, and arm attendees with life-changing financial philosophies which in turn could lead to a financially secure future.

Lorraine Clarke, one Rich Dad “graduate”, took her financial future into her own hands after a particularly dark period. After a series of failed relationships which included being saddled with an ex-husband’s gambling debts and further financial losses from other poor relationship choices, Lorraine reached her lowest point and knew she had to take charge of her life, salvage what she could and start again.

“I had no confidence left, no fight, no enthusiasm. My weight plummeted…I no longer recognised myself,” she recalls.

However, one day, an advert that said ‘Make it big in 2010’ caught Lorraine’s eye…

“I had decided I wanted to do something different. I had done the 9 to 5 and wanted out. I had always liked the idea of property, but had no idea where to start or how to go about it. Fate stepped in that day and intervened.”

It was as if the advert was talking directly to Lorraine, and so she took no time in registering on the event.

“I was looking for something not someone and I’ve found it. Not only does property investing make me happy, it makes me free for the first time in my life.”

The event provided Lorraine with the financial education and tools she needed to become successful, in the smartest, most efficient way, and since financing her first property, she has not looked back.

“I took the time to invest in myself to shorten the time frame and learning curve. This means I’m now in control and answerable to myself.”

Some say such a career is risky – which brings an element of fear. But the Rich Dad workshop helps attendees overcome that fear of failure, and manage risk successfully.

Sign up for a free Rich Dad Education workshop in Stockholm

With an exclusive excerpt from Robert Kiyosaki’s book Rich Dad’s Conspiracy of the Rich: The 8 New Rules of Money, attendees go home with tools to tackle any rough economic periods.

Attendees are also given a glossary with all the industry jargon, so they can talk the talk as well as walk the walk.

Lorraine now has a decent property portfolio, and uses her knowledge not only to better her own career, but to help others too. She leads workshops across Europe that are based on the teachings of Kiyosaki and his book Rich Dad Poor Dad, empowering others to take the same step she did 7 years ago.

And if Lorraine’s story doesn’t convince you, just look at the next generation.

Much like her mother Lorraine, Hayley was destined for a career in the property world. Upon leaving school, she found work as an estate agent…but was not achieving the same success as her mum. Still, she was dubious of her mother’s route.

“After a few years earning minimum wage and going nowhere I looked at Mum and thought maybe I was wrong after all. It was a surprise when I asked her to teach me what she knew about property only for her to refuse.”

Not that Lorraine would have been able to teach her daughter anyway.

“There is no way she would listen to me. Hayley had to learn for herself,” says Lorraine.

So, Hayley attended a Rich Dad course. She was the youngest there, but the event proved to be life-changing.

“I was only 22 when I started the process, but I knew what I wanted in life!” exclaims Hayley.

“I’m no longer programmed to go to work for someone else. Why should I be when there is such an appealing alternative?”

Sound too good to be true? Hey, it’s free…and it's coming to Stockholm this July. what do you have to lose?

Sign up for a Rich Dad workshop in Stockholm

This Local was produced by The Local Client Studio and sponsored by Rich Dad Education. 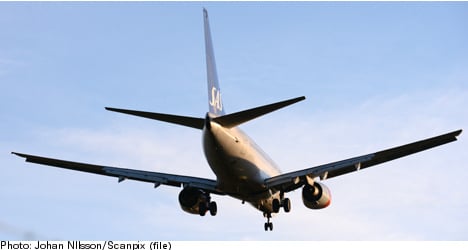 Union representatives in Norway have learned that several managers are set to receive half a year’s earnings as an additional bonus, reportedly with the aim of enticing them to stay in the company.

The furor is so far contained to Norway, which is one partner to the Scandinavian venture.

“There have been strong reactions and I’m sure it will explode in Sweden once it gets out,” said Stig Lundsbacken, chair of the union Verkstedsklubben, to the newspaper VG.

Lundsbakken said the move was unacceptable if it was not also extended to blue-collar workers.

SAS responded on Friday and said “a very limited number of key persons” had been offered the bonus.

“This limited group is intended to find ways to cut expenses within the company, which might in fact mean that they themselves lose their jobs,” SAS press spokeswoman Malin Selander wrote in an email to the TT news agency.

Swedish white-collar union Unionen was despite this upset.

“I am very upset. We were forced to accept worse working conditions that affect the employees’ lives. To then find out the company is losing money on the other end is unacceptable,” chairman Sven Cahier told TT.

He has heard that 18 top managers are getting between three and six additional monthly wages, which adds up to 15 million kronor ($2.3 million).

Cahier said two of them had already quit.

“So the bonuses aren’t having the proposed effect,” he told TT.

SAS came under heavy fire for strong-arm tactics resulting in unions accepting massive wage cuts in late 2012 which are widely believed to have saved the airline from going under.

“As an SAS stakeholder, the Swedish state has pulled the rug from under the Swedish model despite the government saying it is in favour of it,” Unionen spokeswoman Louise Gerdemo Holmgren told The Local in November.