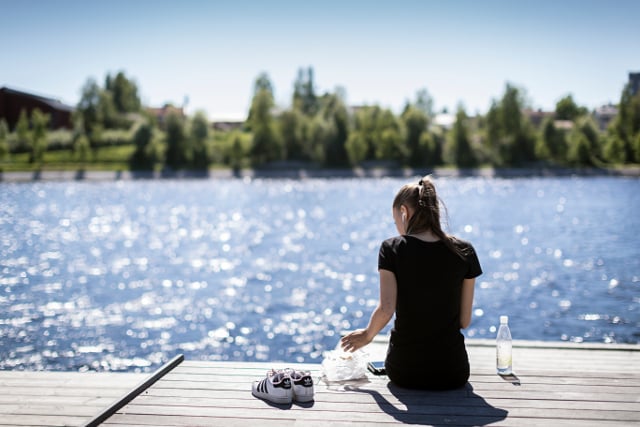 A woman enjoying the sunshine by the river in Skellefteå. Photo: Paulina Holmgren/TT

The number of guest nights at Swedish hotels in the summer months June-August went up by 25 percent between 2008 and 2016, on average across the length and breadth of the country.

The biggest increase went to towns and cities, and not just the big ones like Stockholm and Gothenburg. Skellefteå on Sweden's north-eastern coast has increased its guest nights by 86 percent since 2008.

Skellefteå Council's own tourism office told the TT newswire that it has made an effort to attract tourists in the past few years, hoping that it will boost jobs for young people and newly-arrived immigrants.

However, at the other end of the scale are northern municipalities further away from the coast, such as Dorotea, Överkalix, Pajala, Storuman and Gällivare, who have seen two-digit drops in tourism.

“The trend is that we are making shorter trips. They go to the cities, it takes too long to go any further beyond them,” explained Dieter Müller, professor in social and economic geography at Umeå University, adding that it follows Sweden's general trend towards more urbanization.

DISCOVER ALL OF SWEDEN ON THE LOCAL'S TRAVEL PAGES: