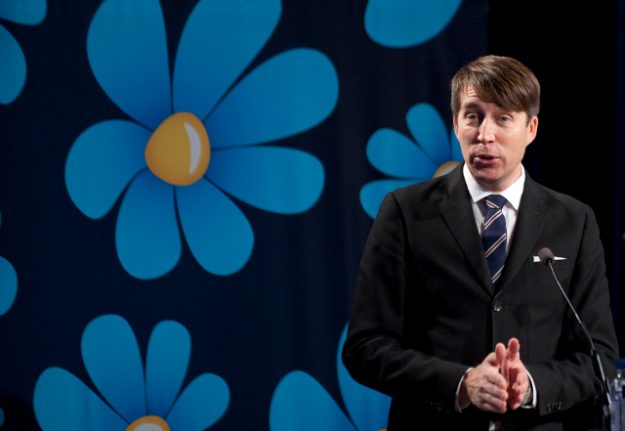 Ahmed, a representative of the Moderate party in the Rinkeby/Kista suburb north of Stockholm, criticized organizers of the Järva politics festival in the area for inviting Jimmie Åkesson, the leader of the Sweden Democrat party, as one of the speakers along with Sweden's other party leaders.

“It would have been better had they applied our suburb's anti-racist ideology which is based on the fact that racist parties do not belong in the suburbs,” he wrote in an opinion piece on Nyheter24.

Referring to a series of previous statements by high-profile Sweden Democrats, including that Sami people and Jews can't be considered true Swedes if they don't “assimilate”, Ahmed continued: “This is racism which does not belong in a democratic society, and therefore does not belong in Järva either.”

The opinion piece carried the headline “You are not welcome in the suburbs, Jimmie Åkesson!”

“And you are not welcome in Sweden, Kahin Ahmed!” tweeted Sweden Democrat party secretary Richard Jomshof on Friday, sparking a debate which lasted throughout the weekend in Sweden.

Ahmed said he had received threats after Jomshof's tweet.

“I have lived here for 26 years. I have a master's in sociology and I have worked and paid taxes for 18 years. It is a scandal that a party secretary of a party in parliament attacks a citizen like this. That I should not be able to express my opinions without being confronted with this hatred is frightening,” he told the Aftonbladet tabloid.

Jomshof defended his comments in an interview with the Dagens Nyheter newspaper.

“He clearly does not understand how Swedish democracy works and writes an opinion piece that contains errors. It is rather provocative, includes insults and lies. I think it is rather cheeky that a person who comes to Sweden tries to tell Swedes how to live their lives,” he said.

“I think it is quite provocative that an individual tries to stop a parliamentary party to convey its message on various issues. If you don't understand how Swedish democracy works, perhaps you should think about what you are doing in Sweden at all.”

“It is provocative when someone who isn't Swedish comes to Sweden and tries to restrict Swedish freedom of expression,” he added. Asked if he did not consider someone who has lived in the country for 26 years Swedish, he said: “No, I don't think he is Swedish.”

“I'm trying to show how unreasonable his writing is by using the same choice of words.”

The row between a Sweden Democrat and a Moderate politician put further pressure on Moderate party leader Anna Kinberg Batra, who earlier this year appeared to open the door to increased cooperation with the other party, and several called for her to strongly denounce Jomshof's comments about her colleague.

“In Sweden there's freedom of expression for everyone, even when you disagree. Wanting to throw somebody out for their opinion on the other hand, does not belong here,” she tweeted on Sunday.

Many criticized both representatives, arguing that both Jomshof and Ahmed were wrong.

“Even if (Jomshof's) reply is incredibly stupid (Ahmed's) is not better. Two unpleasant things that should be beneath anyone elected by the people,” tweeted Johan Ingerö of thinktank Timbro.

“Cry me a river,” tweeted Sweden Democrat MP Linus Bylund however. “The headline should be 'Moderate politician wants to restrict Jimmie Åkesson's right to move freely in his own country'. Silly.”