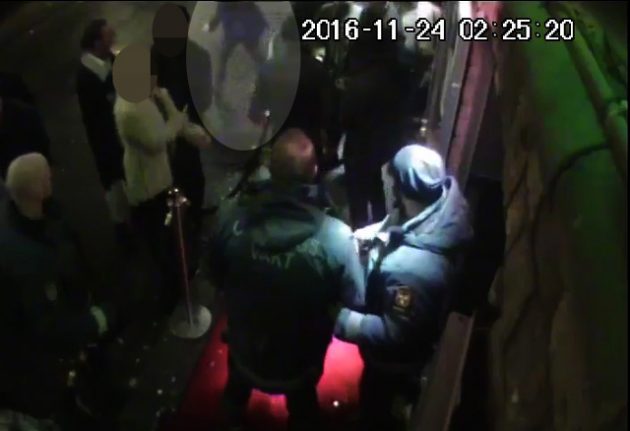 Ekeroth struck the man after he made a provocative comment about an incident in 2012 when Ekeroth and two other Sweden Democrats were filmed arming themselves with iron bars after fighting a drunken man.

Stockholm District Court sentenced him on Wednesday to pay 60 day fines of 640 kronor each, or a total of 38,400 kronor (almost $4,500), according to court documents seen by The Local.

Ekeroth himself had denied the charges, insisting that the other man had made death threats and attempted to punch him, and that he had slapped him in self-defence.

However, witnesses, including a security guard, called to testify did not corroborate his claims.

“The plaintiff's claims about the course of events are strongly supported by the investigation and these statements together with witness evidence make it clear that the convicted person has not been subjected to any punch or other physical assault,” said judge Maria Hölcke, adding that the act was not self-defence. Ekeroth wrote on Facebook shortly afterwards that he would attempt to appeal the verdict.

“This verdict is wrong throughout,” he wrote.

Mattias Karlsson, leader of the Sweden Democrats' group in parliament, has previously said that Ekeroth's time as an MP for the party would be over if he was found guilty. The party had already told him to take a time-out from his duties representing the Sweden Democrats on the parliament's justice committee.

“We're going to urge Kent to leave his place in the justice committee,” Karlsson told the TT newswire on Wednesday.

“When the verdict becomes legally binding we will urge him to leave parliament completely. If there is another outcome we will have to have a new discussion.”