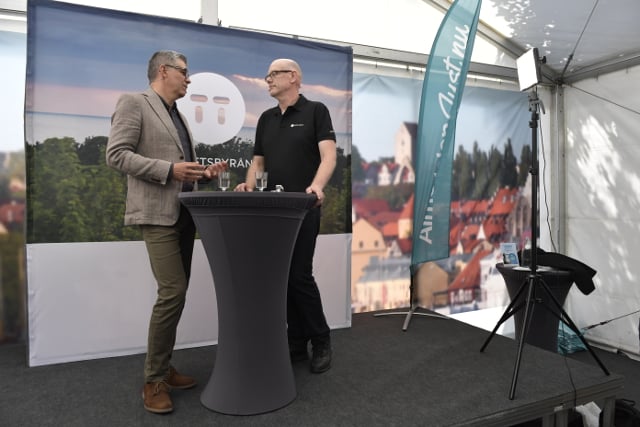 Speaking during Almedalen Week, Anders Thornberg mentioned the figure following an interview last month in which he stated that extremists had soared from a couple of hundreds a few years ago to thousands.

Although “few extremists” have “the will and ability” to carry out attacks, they must be found and closely followed. “It's important that everyone in Sweden takes responsibility to end this trend,” he said.

Thornberg said there are around 3,000 violent extremists in Sweden. Some 2,000 of those are believed to have Islamist motives, and the remaining originate from far-right and far-left movements.

A 2010 Säpo report estimated the number of violent Islamist extremists in the country at 200.

Jihadist or sympathizers from Sweden have been linked to several terrorist attacks in recent years.

On April 7th, an Uzbek national who had shown sympathies for jihadist groups including Isis used a stolen truck to mow down pedestrians on a busy shopping street in Stockholm, killing five people and injuring 15.

And a Swedish national, Osama Krayem, has been charged with terrorist murders over the 2016 Brussels metro bombing.

Säpo has previously said that about 300 people from Sweden are known to have travelled to Syria and Iraq to join organizations such as Isis since 2012. Of them, around 140 have returned to Sweden and around 50 are said to have died abroad.

Sweden has also seen increased activity from far-right extremists in the past few years.

Three sympathizers of neo-Nazi organization Nordic Resistance Movement (NRM) are currently on trial in connection with a series of bomb incidents, including at a refugee home, in the area around Gothenburg.

NRM is also present at Almedalen Week, an annual political festival which takes place on the island of Gotland. They are not part of the official programme of events, but organizers have been criticized for allowing them to rent space at the festival.

READ ALSO: Why 2016 saw a surge in neo-Nazi activity