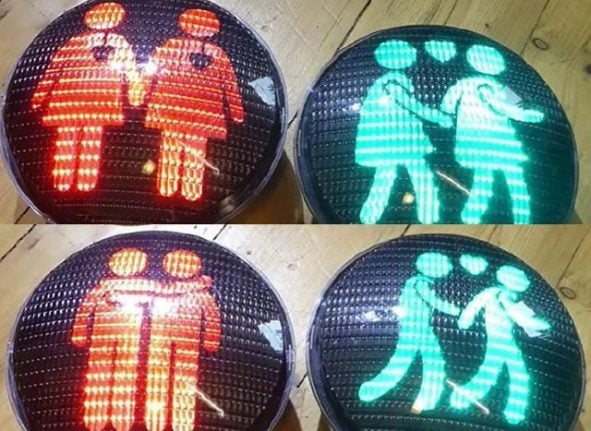 Forty-eight of the new lights will be temporarily installed in the Östermalm district to mark Stockholm Pride from July 31st to August 6th, in an initiative by the City of Stockholm.

“We want to show that we're an LGBT-friendly city – and show that even in tough traffic! We stand for one Stockholm for all,” the city's deputy mayor and head of Stockholm's traffic division Daniel Helldén explained to The Local.

The lights will be situated around the Pride Park, which this year is located near the Stockholm Olympic Stadium in Östermalm. So far reactions to the initiative have been “generally very positive,” Helldén said, with comments praising the city for “caring and having some imagination”. Similar initiatives have previously taken place during pride festivals in other European cities like Madrid and London, and in the case of the latter, the lights remained once pride was over. So could the Swedish lights also stay once Stockholm Pride finishes?

“It would of course be nice to have them up all year round,” Helldén affirmed, but added that they will first have to be approved by state authority the Swedish Transport Agency (Transportstyrelsen).