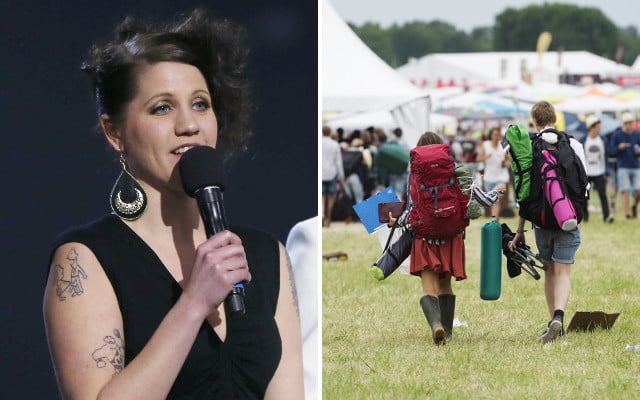 Emma Knyckare's idea started with a simple tweet she posted after it emerged that there had been a number of sexual offences reported at the 2017 Bråvalla festival in Norrköping.

“What do you think about putting together a really cool festival where only non-men are welcome, that we'll run until ALL men have learned how to behave themselves?” she wrote.

READ ALSO: Why Sweden is not the 'rape capital of the world'

Though some weren't thrilled with the idea, others started to respond with words of support. Medical workers, PR people, project managers and musicians got in touch to offer their services, and soon, enough people had registered interest for the comedian to start thinking seriously about making the festival happen.

A day after her initial tweet, Knyckare confirmed that plans were in place for an event in 2018:

“Sweden's first man-free rock festival will see the light next summer. In the coming days I'll bring together a solid group of talented organizers and project leaders to form the festival organizers, then you'll hear from everyone again when it's time to move forward.”

Last weekend, Bråvalla's organizers announced that the festival will not take place next year following the reported rapes and sex offences during the June edition. The same festival was previously hit by reported sexual assaults and rapes in 2016.

The We Are STHLM youth festival meanwhile was the subject of sexual assault allegations in 2014 and 2015, leading to criticism of police for failing to release information about the matter.