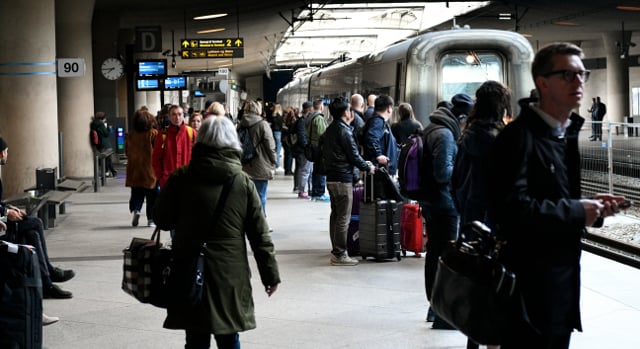 Long journey times across the Öresund Bridge, caused by Sweden's border checks at Malmö Hyllie and ID checks at Copenhagen Airport, have been a thorn in the side for commuters for over a year.

But that may be about to change. From September 4th four extra trains will run to Copenhagen in the morning, Swedish public transport operator Skånetrafiken announced on Tuesday. During the evening rush hour three extra trains will depart Copenhagen for Malmö on the Swedish side of the Öresund strait.

“It feels very good for us. I especially hope it will feel good for our customers. Even though it will not be exactly the way it was we feel that we have optimized the timetable as much as we can under the circumstances,” Skånetrafiken traffic developer Daniel Lind told the TT news agency.

Passengers have complained of delays, travel chaos and long journey times for more than a year. It started when Sweden introduced police border checks, followed by ID checks of every passenger, around the turn of the year in 2015/2016 to cope with an unprecedented arrival of asylum seekers.

But the numbers have since dropped and earlier this year Sweden announced an end to the ID checks, which had among other things meant that commuters travelling from Copenhagen to Sweden had to get off the train at Kastrup train station at Copenhagen Airport to have their ID verified before continuing.

The border checks at Malmö Hyllie station will remain in place until November 2017, however Skånetrafiken said it had worked to ensure the stops at the train station would become shorter.

“With this improvement it will be quite close to what we had before. It's been very tough commuting across the Öresund but it will get better now,” promised Lind.

The average journey time from Copenhagen central station to Malmö is expected to decrease from 45 minutes to 38 minutes when the new schedule is introduced after the summer holidays, reports TT.