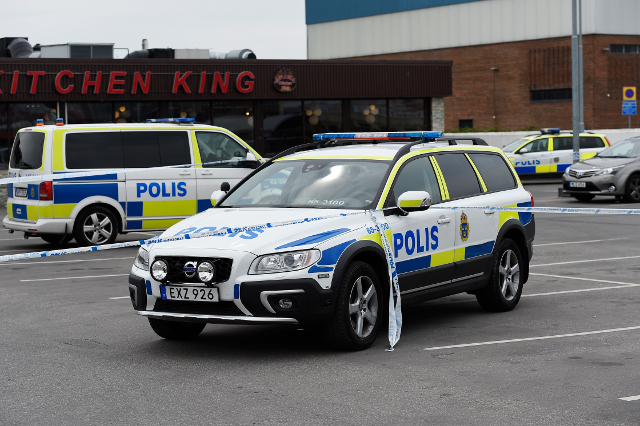 Police at the scene of the shooting on Friday. Photo: Björn Lindgren/TT

Police were alerted to the shooting in central Rosengård, an area which houses among other things a supermarket, shopping centre and restaurants, at 2.17pm on Friday.

An injured man had then been taken to hospital by a private individual, said the police. Police examining the scene of the shooting. Photo: Björn Lindgren/TT

Police cordoned off the area briefly, but by 4.10pm the cordons had been lifted. Officers continued to quiz witnesses and said they had managed to secure some evidence on the scene.

“At least one perpetrator has been seen running from the scene towards a grocery store on the other side of Rosengård's centre,” police officer Thomas Paulsson told Sydsvenskan.

A police patrol was also sent to the hospital to collect statements from the injured man. The hospital was not cordoned off.