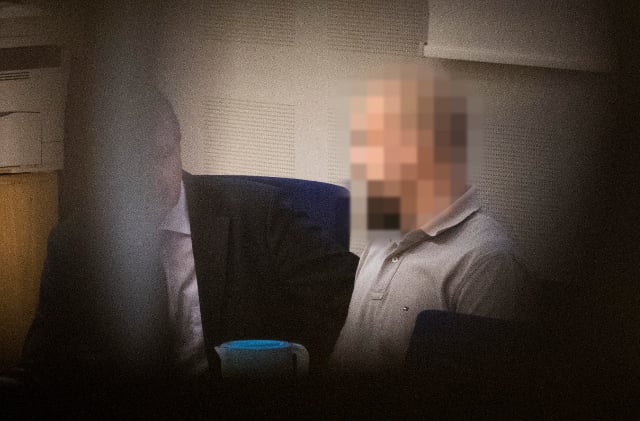 One of the men in court. Photo: Anders Ylander/TT

The three men were charged last month in connection with a series of bomb incidents, including a blast at a refugee centre on January 5th this year which left an immigration office staff member seriously injured.

Two months earlier, on November 11th, a bomb went off outside the Syndikalistiskt Forum Kafe, a well-known far-left haunt. No one was injured in that blast. Gothenburg District Court ruled on Friday, according to court documents seen by The Local, that one of the men, 23, was the main perpetrator in all three cases. It sentenced him to eight years and six months in jail.

The court also ordered the 23-year-old and the 50-year-old to pay 197,520 kronor ($23,500) plus interest in damages to the immigration office staff member injured in the January 5th attack.

The court said all three men have a background in the Nordic Resistance Movement (NRM), the group believed to be the driving force behind a surge in neo-Nazi activity in Sweden in the past year. It wrote in a statement that “their connection with the Nordic Resistance Movement can explain the choice of refugee housing and Syndikalistiskt Forum's premises as targets for bomb attacks”.

In Sweden three lay judges serve as part of the bench, together with an educated judge as the chairman or chairwoman of the court, and are used instead of a jury. The ruling was not unanimous on all charges. The chairman of the court had argued that the 23-year-old and the 50-year-old should be cleared of devastation endangering the public in the case of the January 5th attack, saying the charge had not been proven.

The 23-year-old's lawyer, Michael Hansson, told the TT news agency immediately after the ruling that it had not yet been decided whether he and his client would attempt to appeal the sentence.