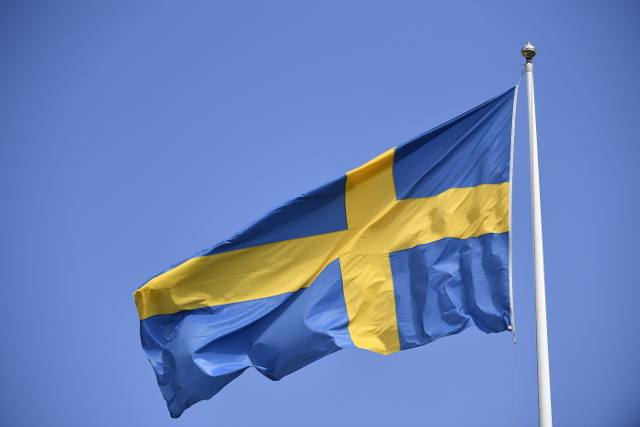 Sweden: the best country in the world for immigrants? Photo: Mikael Fritzon/TT

The US News & World Reports' list of “Best Countries to be an immigrant” placed the Nordic nation at the top, largely due to “favourable global perceptions of their economies and commitment to income equality”. Would an immigrant in Sweden agree with that perception however? We asked some of you to weigh in with your thoughts.

READ ALSO: US study rates Sweden best in the world for immigrants

Finding work is of huge importance when coming to a country as an immigrant. Originally from the US, Stefanie Smith lives in Lund and runs her own small business in Malmö, and while she feels like there are plenty of opportunities for newcomers to work in Sweden, accessing them isn’t always easy.

“There are a lot of opportunities here, it just takes a bit of time to find your network and people who can help you with finding a job,” she said.

“It's partly because of the language, but in order to pick that up you need to be working – that's a bit of a tricky situation. Looking for work could be easier too: Malmö for example has a great startup scene, but if you don't even know where to start, where do you go? It's getting better, but the way information is spread could be even better still.”

Stockholm resident Alexia McDonald, who is a programmer from Australia, has found the employment situation to be a challenge.

“It's horrifying. I've had a bunch of interviews and they never call me back. A quiet shunning, I guess. Or they say they can't hire me because I don’t have enough Swedish, but they didn't test me on that. Anyway, I'm supposed to be writing in a different language – a programming language, which I'm fluent in,” she complained. While the Australian finds the insistence on perfect Swedish to be frustrating, McDonald did admit that free Swedish for Immigrants (SFI) classes are a positive: “SFI was great. Overcrowded, but it's great that they offer that.”

“When I first moved here and couldn't speak Swedish I never got the feeling from people of 'oh no, I have to switch to English', which I did encounter every once in a while when I lived in Germany. There's a greater willingness here, people are really welcoming”.

READ ALSO: 'Fashion is a big industry that can do better'

Abdulalim Alkatea, who comes from Syria but now lives on Swedish island Gotland after coming as a refugee, has found learning the language to be a positive experience.

“The language is pretty easy compared to German or French, and universities and schools facilitate learning it for you. You're welcomed there, which is a huge point especially for young people – both when studying the language, and in general,” he noted. Alkatea has found Swedes to be generally positive towards foreigners, and though the US News & World Reports' study suggested that friendliness may be waning, he hasn’t noticed a particular change in his three years living in the country.

“It's one of the few countries with little visible racism, compared to other countries in Europe anyway. That's very important for living here,” he explained.

“Attitudes are only really changing in the media. In real life it's nothing I’ve seen. Newspapers and TV shows talk about people more negatively maybe, but everyone has been supportive and nice to me,” he insisted.

READ ALSO: 'Integration is about more than a language and a job'

Programmer McDonald disagrees, and feels xenophobia has hindered her chances of employment in the country.

“As an immigrant you're the first to get cut because you're not Swedish. I'm a programmer so I'm the most employable person in the world, I just can't get a job because no one wants me for some reason. I think it's xenophobia, which no one wants to say, but they need to be honest with themselves if they want to tackle the problem.”

Smith hasn’t noticed that to be a particular issue however, and pointed out that she feels more of an equal in Sweden than she did back in the US:

“One of the really positive things is that as a young woman I feel respected in work and social settings. There are a lot of strides we need to take in the US to reach the same level – in Sweden we almost take for granted how many opportunities there are for women here, which I appreciate a lot.” The best place in the world for immigrants?

So overall, does Sweden deserve the title of best place in the world for immigrants?

“It could be, it just has a lot of improvements to make. They need to acknowledge the prejudices they have here. They need to change that, and make it easier for people to have financial freedom,” McDonald concluded.

“There are a lot of opportunities for people who are not Swedish, and a level playing field. A lot of social mobility, and as a woman I feel very safe – I feel like I can go out and do my thing, it's safe, people are friendly. So there are a lot of good things – maybe some things that could be better – but it doesn't surprise me that it's top of the list,” Smith countered.

For Alkatea, there is nowhere better in the world, particularly as a political refugee:

“I can't return to my home country, so it's very important for me to have citizenship so I can move around, have all of my rights here, and be what I want to be. In Sweden, that's very easy, and that's hugely important – feeling Swedish, seeing as I'm living here.”

What do you think? Join the debate on our Facebook page!