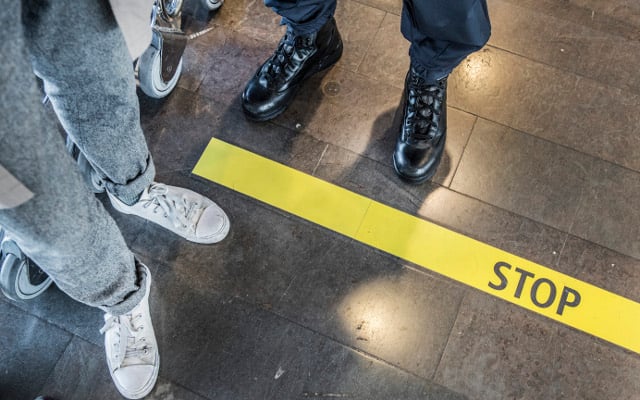 Sweden's deportation rate has dropped in 2017 according to the country's border police. Tomas Oneborg/SvD/TT

That's despite the Swedish government previously saying that more people will be made to leave the country if they have an application denied. In a new report, the Swedish Border Police blames a lack of resources for the change.

“We can work more efficiently, we can improve, but not without limit. It also depends on the resources we are given,” Per Löwenberg, deputy section head at the Swedish National Border Police, told public broadcaster Sveriges Radio.

He also highlighted a lack of ID documents and the disappearance of many of those who are supposed to be deported as an explanation.

Minister for home affairs Anders Ygeman disagrees that a lack of resources is an explanation however.

“I find it hard to understand that criticism because only this year the government gave an extra 800 million kronor ($94 million) to the police, and in the next few years will give major resources to the police,” he told the radio station.

READ ALSO: Why deporting the Stockholm terror suspect was not a simple task

The Border Police report also shows that it is often difficult to carry out deportations: in 78 percent of the cases they were given from the Swedish Migration Agency (Migrationsverket) this year, the person had absconded.

In April, Sweden's government proposed new measures to help make sure those who have had a residence permit application rejected end up leaving the country, including an increased ability for the police to carry out workplace inspections, but the changes will not enter into force until March 2018.