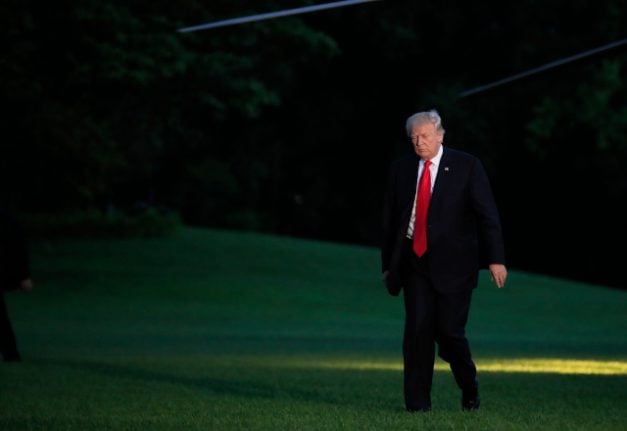 When US president Donald Trump shortly after taking office reinstated what is formally known as the 'Mexico City Policy' Sweden was one of several countries that joined a global campaign sharply criticizing the decision.

On Tuesday, the Nordic country's development aid agency Sida took it one step further and said it would freeze sexual and reproductive health aid to organizations agreeing to the president's demands.

“This is about women's own right to decide when, and if, they want to have children and how many children they want. Sexual and reproductive health and rights (SRHR) are a prerequisite for being able to attend school and being active on the labour market,” said Sida director-general Carin Jämtin in a statement.

“We have to defend SRHR and the right to abortion for girls and women in poor countries and when the United States implements a policy that will hit the poorest countries and the most vulnerable groups – women and girls in need of care, Sida has to make sure that Swedish aid continues to go to those activities we have agreed on.”

Sida will now take a closer look at its partner organizations and the aid they receive. It is too early to say how many of them will be affected by Tuesday's decision, a spokesperson told The Local.

“We are now starting a review of which of our organizations receive SRHR support and where they stand in relation to the Mexico City Policy. Only then will we know. The only ones we know of today that have such support and have agreed to the MCP is Save the Children,” said press officer Fredrik Sperling.

Jämtin said the decision would not affect development aid for things like food and water, but said there was a risk it could affect Sweden's aid to malaria and HIV prevention schemes.

“But it is possible that [the aid agencies] will stick to what they believe in, to inform and carry out abortions, and Sida's support will then continue to be there,” Jämtin added in an interview with Swedish newswire TT.

Asked if this would force aid organizations to choose between US and Swedish money, she said: “Yes, you could put it like that. But it's Trump's administration that has put them in a difficult situation, by not letting them do what they know is right.”

She said similar conversations had been had with the Nordic countries, the Netherlands, Canada, Luxembourg and the UK and hoped other nations would follow Sweden's lead.

“We are doing our best in a very difficult situation. The alternative for us would have been to do nothing and let the Trump administration's decision sail through,” Jämtin told TT.

Sida said it would try to find alternative organizations to partner with in instances where it would have to withdraw its support. It also said it would increase aid to organizations still involved in work in the areas of sexual health, contraception, abortion and maternity care by another 170 million kronor ($20.17 million).