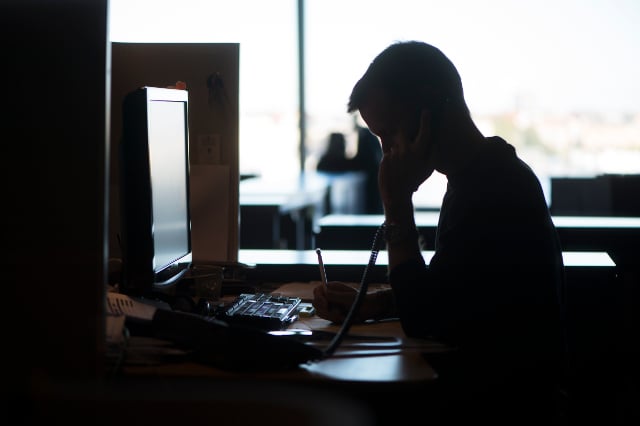 Professionals born in countries not in the EU or North America lag furthest behind. In the private sector they earn 15 percent less than those born in Sweden to Swedish parents, according to a study looking at members of the Swedish Confederation of Professional Associations (Saco), which represents university graduates on the job market.

Even when contributing factors such as gender, age, job or position are taken into account, a -8.1 percent “unexplained pay gap” remains, claims the study. For degree holders from the EU or North America there is a -3.2 percent unexplained pay gap in the private sector between them and Swedish-born graduates.

“Considering that we studied a group of foreign-born people with a strong position in the Swedish labour market, graduates with highly qualified jobs, I did not expect to see as big differences as this when it came to those born outside the EU and North America,” Saco researcher Josefin Edström told The Local.

The public sector gap is somewhat smaller: -5.5 percent for those employed by county authorities (landsting), -4.4 percent for municipalities (kommuner) and -3.4 percent for the state, according to Saco's report.

The pay gap also varies between different professions. For example, foreign-born economics or finance graduates not from the EU or North America earn 10.2 percent less in the private sector after factoring in gender, age and so on, while there's almost no gap between foreign and native doctors in the public sector.

The situation for foreign workers on the Swedish labour market is a hotly debated issue, and several organizations and lobby groups have urged employers to drop the need for perfect Swedish when filling jobs. Many have also argued that immigrants are discriminated against when applying for jobs or higher wages. Doctors from outside the EU earn almost the same as Swedish doctors. Photo: Henrik Montgomery/TT

“Unexplained pay gaps can, as the expression suggests, not be explained. It's not the same as being unfair or caused by discrimination. It could be due to other factors that affect your salary that we do not have any information about,” said Edström.

“At the same time, the major differences in pay we're seeing in the private sector for people born in other parts of the world suggests that their salary is not based solely on knowledge and competence.”

But she said that even differences in pay that can be explained “do not mean these differences are unproblematic”. For example, the study also found that fewer foreigners than Swedes hold managerial positions, which Edström said could suggest a “glass ceiling” for foreigners climbing the career ladder.

“Trade unions and employers need to work actively to create a skills-based recruitment process. Knowledge and competence should determine your chances of getting a job and how much you get paid – not your country of birth or the country where you got your education.”

She urged unions and businesses to review their criteria for determining staff salaries.

“If there are criteria that are clear fika table qualifications – for example being sociable, flexible and speaking perfect Swedish – they should obviously not be included when you get paid for how well you have carried out your work,” said Edström.

READ ALSO: 'Why it's time for Sweden to fully accept English in the workplace'