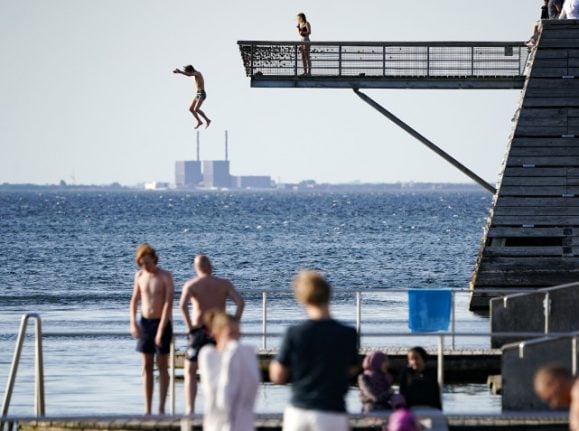 Look at them all, having fun while you work. Photo: Johan Nilsson/TT

Everyone is off… except you

One of the hallmarks of July in Sweden is that a large proportion of the population opts to take a month off for vacation, a habit dating back to a time when it was the period agreed between unions and employers for leave (there's even a term for it, industrisemester – industrial vacation).

FOR MEMBERS: Why do Swedes take such long summer holidays?

You usually still have the right to take at least four consecutive weeks off in June-August. That's great if you work in a job that adheres to the tradition, but if you happen to be in a position that doesn't (or just prefer to spread your vacation time out instead of blowing it all at once) there are few things more depressing than seeing what often feels like everyone else but you on holiday, relaxing. Which brings me to… Enjoy watching other people barbecue, swim or drink in the sun? You’ll love July in Sweden, when your social media feed will be filled with reminders of everyone else other than you having a good time. With evening temperatures rarely as warm as during the day, there's also little chance you'll be able to partake in most of the fun once you sign out of work – just to rub salt in the wounds.

Your favourite everything is closed

There's are few things more disheartening at this time of the year than turning up at your usual morning coffee spot on the way to work only to see lights off, a locked door, and a paper note reading “closed for summer”. Along with a note telling you to have a great summer, of course. How about welcome back now? Photo: Emma Löfgren

It's impossible to get anything done

So everyone else is off and letting you know about it, and there's no mealtime escape, but what about work itself? Well, if you thought you were going to get anything meaningful done in a hurry during July, forget about it.

Many companies operate with reduced staffing during July, which means a constant flood of out of office replies to e-mails, running around in circles on the telephone while trying to find the one person who is supposedly actually still in the office, and more often than not, full radio silence. Take a deep breath… Hello, is there anybody in there? Photo: Fredrik Sandberg/TT

Your friends are all elsewhere

At least there’s always the weekend, right? If you have a lot of friends who live elsewhere in Sweden or further afield, then even that may become a boring affair during the peak of summer.

The long stretch of time off makes July a convenient time to visit relatives, which can lead to a particularly lonely month for those who remain in the country and have a lot of international friends. Time to get good at solitaire.

Freelancer? It's going to be tight

If you're a freelancer in Sweden, particularly in the creative industries, July may just be your tightest month of the year. The mass holidays and lack of senior staff available means pitching work and getting it commissioned can be next to impossible, so any bright ideas you have may not come to fruition until mid August at best.

There is occasionally potential to capitalize on the down-time by providing summer cover for those who are elsewhere, but otherwise, you're probably going to have a thrifty month. While everyone else uploads their drinks and fun to Instagram, remember… The constant updates on the weather

Ever notice there's an endless amount of stories about the weather during the summer in Sweden? Perhaps it's because said weather is somehow more changeable during July than any other time of the year, or perhaps it’s because there’s nothing else of note happening while 90 percent of the country is on vacation. We'll let you be the judge.

In any case, look forward to contradictory and confusing but all equally definitive dates about when the summer heat is finally back for good. You can guarantee it will disappear come the weekend, regardless. Copy and paste this forecast as appropriate. Photo: Scanpix

Article originally published in 2017 and updated in 2018.