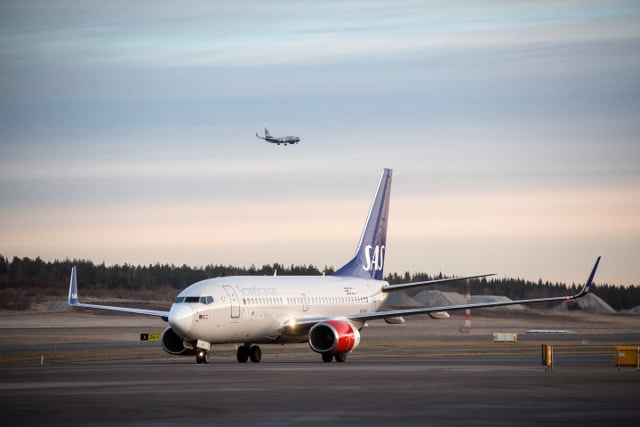 Copenhagen's airport Kastrup is still Scandinavia's busiest airport with some 14 million passengers in the first six months of the year, up 2.3 percent on the same period last year.

But both Oslo's Gardemoen and Stockholm's Arlanda are catching up, with an increase of nine percent of passengers in January-June, reports southern Swedish newspaper Sydsvenskan.

Around 13.2 million passengers flew via Gardemoen this year and 12.8 million via Arlanda.

The newspaper lists two reasons behind Copenhagen Airport's modest increase in traffic: Many southern Swedish travellers have avoided it due to temporary ID and border controls causing train delays on the Öresund Bridge, and construction work at the airport is occasionally causing problems.

Helsinki Airport, the fourth busiest in the Nordics, also grew by almost nine percent with just above nine million passengers in the first six months of the year, reports Sydsvenskan.

Iceland's Keflavík saw the biggest increase, with a 46.7 percent rise in passengers according to preliminary figures. It is now the fifth busiest airport in the Nordic region, with 3.6 million passengers in January-June.