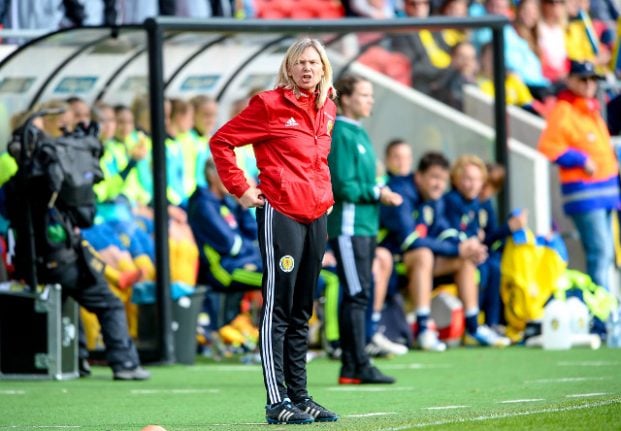 After 12 years in charge, Anna Signeul is now coaching Scotland through her first and last major tournament as their manager before bowing out for a new job with Finland. In an interview with tabloid Aftonbladet about her time in charge, she was frank about the poor standard of the Scots in the beginning.

“I remember the first training session where I just thought 'god'. It was such an unbelievably low level, not only in football terms but but also in conduct. The players were very unprofessional and didn't train enough. They liked to party and every Sunday the two teams went to the pub together after matches,” she told the Swedish paper.

The 56-year-old, who said she could write an entire book about her experience, was once even contacted on a day off about a brawl between players that broke out during a pub session.

“I started on March 1st, and in April when I was at home for Easter I got a call telling me that a girl had been hit after a match on the Sunday. Two girls had started quarrelling at the pub and one started to pound away at the other, maybe for something that happened on the pitch. It was at that level, a lot of stuff like that I had never heard (before).”

Signeul's hard work turning Scotland around has caught attention back in her home nation, where she has even been tipped as a future replacement for Sweden women's boss Pia Sundhage, one of the most decorated coaches in the women's game.

“We have changed the entire football culture there, which I’m incredibly proud of,” the Scotland coach said about her progress with her current side over the last 12 years.

Signeul will have a chance to go out in glory if she can beat major rivals England on Wednesday night and move towards progression from the Women's Euro 2017 Group Stage.