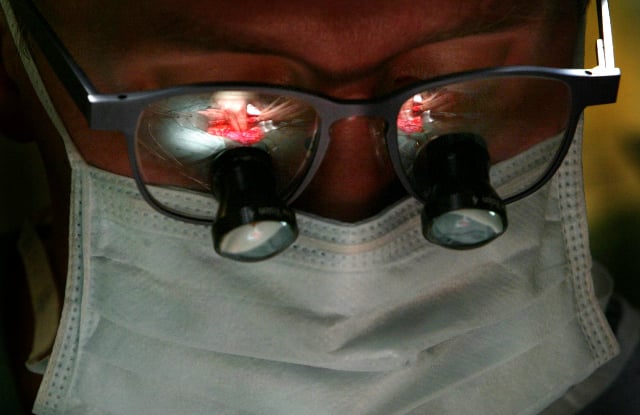 File photo of a surgeon not related to the story. Photo: Jack Mikrut/TT

The woman, who turns 97 this year, was at Skåne University Hospital in Malmö in May to undergo surgical treatment, reports regional newspaper Sydsvenskan.

After the surgery the nurse covered her wound with a liquid protective film, which is highly flammable and should be kept “away from sparks, flames and other ignition sources”, according to the instruction manual.

Meanwhile the doctor got called away to another incident.

When he returned he noticed that the woman was bleeding near the wound. He quickly decided to heal the wound with diathermy, an electrosurgery technique which burns skin tissue in order to reduce bleeding.

The nurse quickly put out the fire and the elderly patient only received minor burns, but the hospital writes in its report to Sweden's Health and Social Care Inspectorate that she could have been seriously injured.

Sydsvenskan reports that the hospital believes the incident was caused by a “miss in communication” between the doctor and the nurse after the former had to leave the room briefly just after the surgery.

The hospital says it has changed its routines after the incident and now never applies the protective film until after unplugging the diathermy machine.