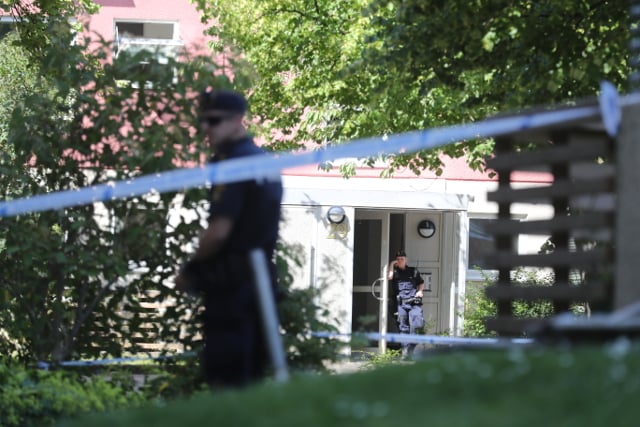 Police said they had launched a suspected murder investigation as it is believed all four had been “exposed to crime” before the fire started.

“That's our working hypothesis. They have injuries to their bodies that are unrelated to the fire,” police press spokesperson Thomas Fuxborg told the TT news agency on Thursday morning.

He declined to describe the nature of their injuries or if any weapon had been used.

“That's something only the police and the perpetrator should know,” he added.

Police were called to the building in Gårdsten, Gothenburg, just before 9am after neighbours saw smoke coming from the apartment.

“When police and emergency services entered the apartment a woman and a child were found dead. Two other children were found with serious injuries. One of them died in the ambulance on the way to hospital. The other child died in hospital,” said Fuxborg.

The area was cordoned off as police launched a murder investigation.

A man brought in for questioning as part of routine procedure because he has “close links” to the victims was arrested on suspicion of murder after noon. He is in his 50s, said police in an update online.