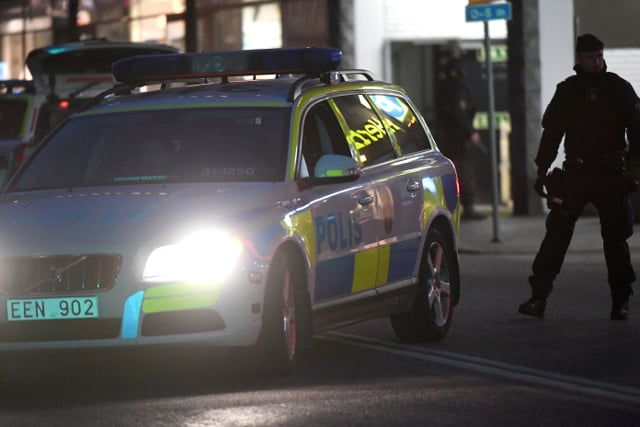 A reveller reported being robbed of their mobile phone at a bar in the popular Södermalm district of Stockholm at around 2am on Monday, getting hit in the face when trying to get their phone back. The victim did not need an ambulance, said police. The suspects, two young boys, ran off but were caught by police.

An hour later youths on a bike tried to rob another person, also on Södermalm, armed with a “knife-like object”, said police. No one was injured and the robbery attempt was unsuccessful, but four young suspects were later seized by police in central Stockholm.

All six were handed over to social services. Police officers in the Södermalm area wrote on Twitter that they were all younger than 15, one believed to be young as nine.

The identities of the children were not disclosed, but Swedish authorities have previously raised concern about around 800 teenagers from North African countries sleeping rough in the country, according to figures from a police report from 2015.

“I'm not talking about these individual cases now but in general we can say that we have had an issue in Stockholm City over the last five to six years, concerning young people who commit crimes and fairly often do not have a custodian,” Elisabeth Anestad, deputy head of the Stockholm City police district, told Swedish news agency TT on Monday.

She said many of these children return to the street even after being caught by police, but it is rare that perpetrators are younger than 15. There is no recent overall rise in these crimes, she said, rather a coincidence that a couple of robberies were reported in one evening.

“There are what we would call 'street children'. Children who are on the outside of Swedish society and are not involved in any kind of process, then you are completely unprotected and very vulnerable. It's not just that you can commit crimes but you are also easily the target of crimes,” Anestad told TT.

Sweden has struggled to repatriate the children, who arrive in the country without parents and often succumb to drug abuse, because in many cases their home countries refuse to accept them, even in cases when the children themselves want to go back.

However, after striking a deal with Morocco the country is now letting more of them return home. In the first five months of this year a total of 82 young Moroccan street children were sent back, compared to 35 last year and only eight the year before, according to the justice ministry.