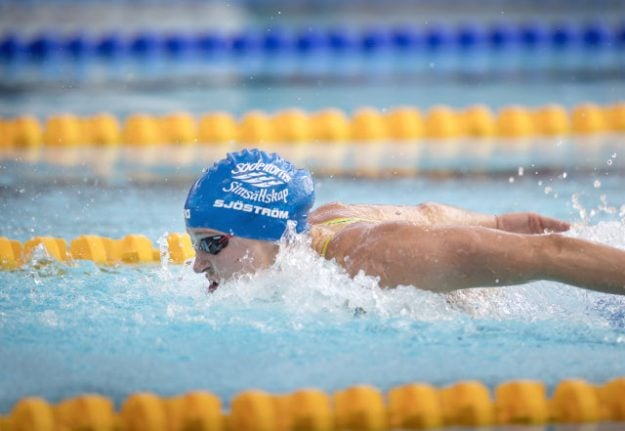 Sjöström, who set a new world record of 51.71secs in Budapest on Sunday, clocked a time of 53.01secs on Thursday morning, and the women's blue riband event is shaping up to be a fierce scrap in the pool.

Australian defending champion Bronte Campbell, the world gold medallist in the 50m and 100m freestyle in Kazan two years ago, was eighth fastest, but just 0.55 behind Sjöström.

“It's nice not to have to go at maximum speed, but tonight it's going to be a fist fight to get into the final,” said Campbell.

Sjöström, who won the 100m butterfly gold on Monday, was happy to be back competing “after two days off”.

“I had the speed from the start, but there's no point in going for it, so I just kept the momentum up,” she said.

Simone Manuel of the United States and Canada's Penny Oleksiak, the joint Olympic gold medallists from the Rio Olympics, were at 0.71 and 0.79 back respectively.

Dutch sprinter Ranomi Kromowidjojo, the 2012 Olympic champion, was sixth fastest at 0.44, while Australia's Emma McKeon was at 0.46.

McKeon, who has already won four silvers in the 200m freestyle, 100m butterfly, 4x100m freestyle and mixed 4x100m medley, is battling fatigue and her rivals.

“It felt quite comfortable, but that was my ninth race,” said the 23-year-old.

“I knew that this morning, it would be quite challenging to get myself going.

“I was set a different warm up this morning and it helped to refresh my mind.”