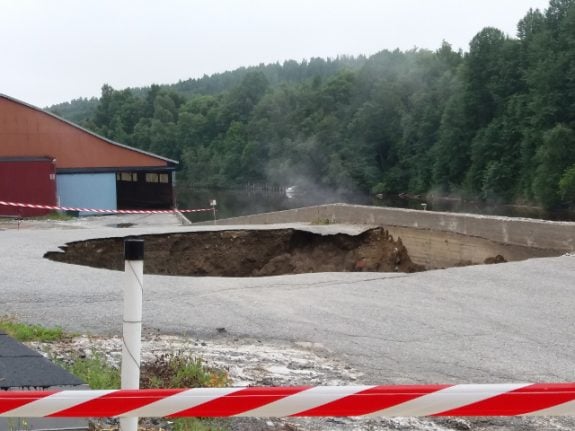 Workers at the Domsjö factory in Örnsköldsvik raised the alarm on Sunday evening after they noticed a hole emering in the ground near the building. It grew during the night to a substantial size.

“It's about eight metres by eight metres in size. The depth is unknown,” Håkan Wiberg, unit head at Örnsköldsvik emergency services told The Local.

The source is a sewage pipe that burst under the ground and created the initial hole. As the water supply used in production has been damaged, the factory was unable to open on Monday, while a nearby river was also cordoned off in case the hole grows.

The hole has not grown any further since Sunday however. It is currently not known whether there is a risk of any buildings suffering damage or falling in, but experts have been called in to study the scene, Wiberg explained:

“The factory's management has called in experts who will make calculations on the earth”.