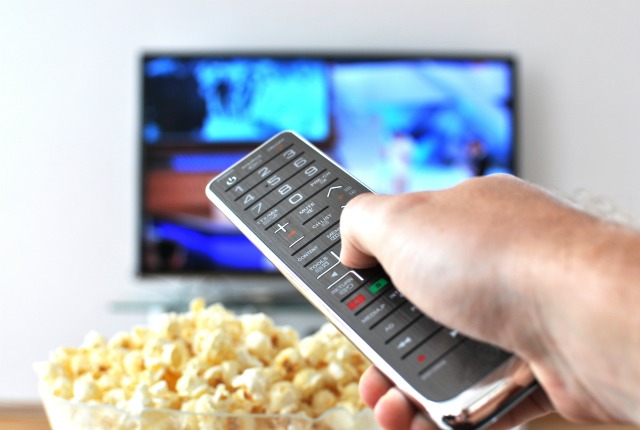 So you’ve got the new TV and finally figured out what Ultra HD is, but you still haven’t decided just what to watch. Sure, you pay your Swedish TV licence fee (you better!) but aren’t too enthused about yet another repeat of Pang i bygget (yes, that’s Fawlty Towers in Swedish).

Fortunately, there is a better alternative to long nights spent channel hopping – Viaplay Total. And what’s more, Viaplay Total caters to all your family’s needs – whether sports fans, boxset junkies, or film buffs. Oh and there’s plenty of Peppa Pig for the kids too.

Viaplay Total, which costs 449 kronor a month, offers the ultimate streaming package for keeping everybody entertained. There’s top-notch American dramas like The Walking Dead as well as the critically acclaimed Late Late Show with James Corden.

There are also plenty of Viaplay exclusives, such as the recently added detective sitcom Swedish Dicks, or you can always indulge in some nostalgia and binge-watch every episode of Seinfeld instead.

Film fans can put on the popcorn and enjoy the latest blockbusters together with a huge selection of movies to suit even the most eclectic of tastes. There’s the option to search for your favourite actor or director to make it that bit easier to find something great for movie night.

With the English Premier League due to kick off later this month, Viaplay Total is just the ticket to get your footy fix. For the equivalent of less than 15 kronor a day you can enjoy the best of the action from England as well as Spain’s La Liga and Italy’s Serie A – not to mention the UEFA Champions League, which also returns in August.

If American sports leagues are more up your street then Viaplay has you covered with top-class coverage of the NFL and NHL. And don’t fret about the time difference to Sweden – Viaplay Total lets you watch sporting events for up to 48-hours after they’re streamed, just in case you are unable to catch the action live.

Viaplay also has access to more matches than a standard broadcaster as it is a streaming service with greater capacity to show more live sporting events than its rivals.

Motorsport fans can enjoy Formula 1, MotoGP and Nascar and there is plenty of golf and the increasingly popular UFC to whet the appetite for all sports lovers.

And with Viaplay Total, you don’t have to stress if your child has hijacked the TV (again) to watch another episode of Paw Patrol.

As part of your subscription, you can watch on two different devices at the same time and stream to your heart’s content on your smartphone, tablet, computer, or TV. Viaplay Total is also fully compatible with Google Chromecast.

For the kids, there is plenty to keep them amused with a wide selection of favourites such as The Backyardigans and lots of Disney family films.

All in all, Viaplay Total offers a huge range of entertainment to suit the entire family for just 449 kronor a month. So forget about mindless channel flipping and make the leap to Viaplay Total.

This article was produced by The Local Client Studio and sponsored by Viaplay.

Croatian midfielder Marcelo Brozovic (left) tested positive for coronavirus on Friday. Photo: Miguel Medina / AFP
“Brozovic's Inter Milan and Swedish epidemiologists were informed about the positive test,” an HNS statement said.
The player's positive result came two days after defender Domagoj Vida was informed of a positive Covid-19 test after playing the first half of a friendly with Turkey in Istanbul.
Apart from Brozovic, 27, one staff member also tested positive.
They were both isolated from other members of the national team.
After Sweden, Croatia play another Nations League game against Portugal on Tuesday.
Croatia, runners-up at the 2018 World Cup, are third in their Nations League group which also includes France, the team that beat them to the World Cup, Cristiano Ronaldo's Portugal and Sweden.
SHOW COMMENTS
Url copied to clipboard!