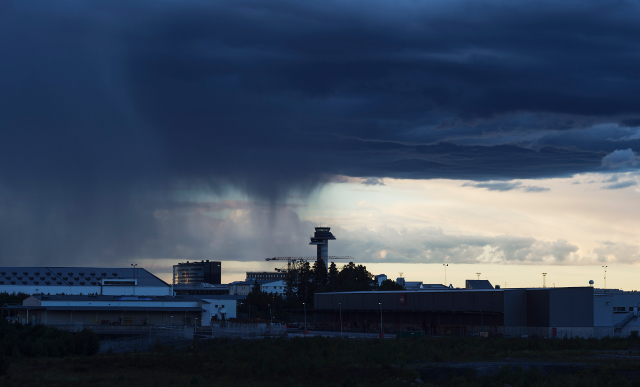 A drone caused travel chaos and forced Sweden's busiest airport to halt air traffic for security reasons between around 3.50pm and 4.50pm on Monday, authorities said.

During this time, two incoming flights warned they were low on fuel and were therefore given permission to land despite no other planes being allowed to land or take off.

Emergency services, ambulance and police were called to the runway as a matter of routine, but both planes landed normally.

Police had already been called to the airport to try to locate the drone and its pilot.

Air traffic resumed at 4.50pm, but Swedavia, which operates Arlanda Airport, warned that knock-on delays were to be expected.

A drone has been spotted near Stockholm Arlanda Airport. Flights are holding or diverting to Skavsta Airport. pic.twitter.com/BQSR0tbwXr