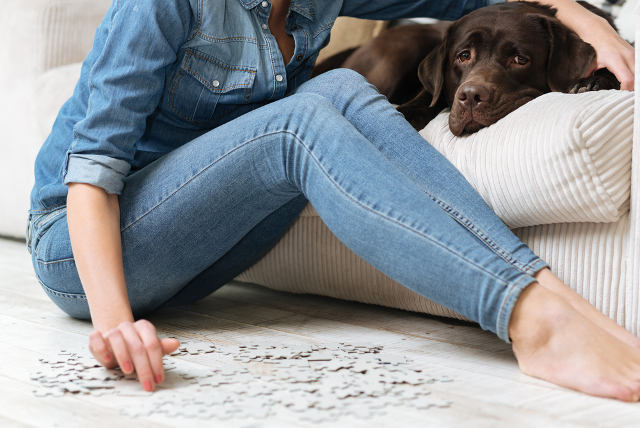 Thirty-one percent of Swedes have at one point farted in their living room and tried to pin the blame for the stench on their pet, the survey by pollsters Sifo on behalf of Ikea found.

If you think that's disgusting, you will not be pleased to hear that 42 percent of Swedes have cut their toenails on the couch, 23 percent have eaten an old piece of candy they found on the couch, 21 percent have spilled something and flipped the cushion over instead of cleaning it up and 24 percent have wiped a booger off behind the couch at a friend's place.

Sifo quizzed 2,000 people about their secret habits at home for the nationally representative survey “Everything you don't want to know about life in the living room”. It found that one fifth have cheated when playing board games with children, one third have lied about being out of candy because they wanted to eat it themselves, 24 percent have hidden the remote and 21 percent have faked a yawn to get guests to go home.

READ ALSO: Man gets his meatballs stuck in an Ikea stool What do Swedes do in their living room? Photo: Heiko Junge/NTB/Scanpix

How comfortable are Swedes with nudity? Well, according to the survey 43 percent have walked around naked without caring about neighbours possibly being able to see them through the window, 29 percent have spent an evening naked on the couch, but 21 percent have left the room to avoid a sex scene on television.

Half of respondents told the survey they had spied on their neighbour through their living room window, 48 percent admitted to having cried watching a children's movie and 41 percent said they had at least at one point fallen asleep during a movie (and denied it).

The habit most people had in common was picking up dust bunnies with their hands instead of vacuuming – 77 percent said they had done that at least once in their life.