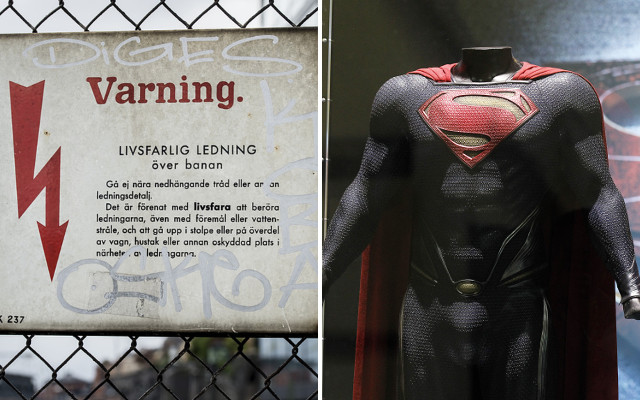 Adrian Johanńsson was shocked while climbing a pole at a railway in Örsnköldsvik. After falling five metres onto the rails while on fire, he miraculously survived.

“I don't understand how it could have gone so well, no one understands. There are about 220 volts in a household power outlet and people die. The doctors are completely shocked, they've never seen anything like it. My friends say 'are you Superman or something?’,” the 20-year-old told Sundsvalls Tidning.

According to his doctor, seven out of 10 people die in this kind of accident, while others usually have their arms or legs amputated. Johanńsson escaped with a few scars on his upper body.

“It was the dumbest idea we've ever had. I feel so stupid for doing it, that I didn't see it as a dangerous thing,” he said after reflecting on his decision to climb the pole.