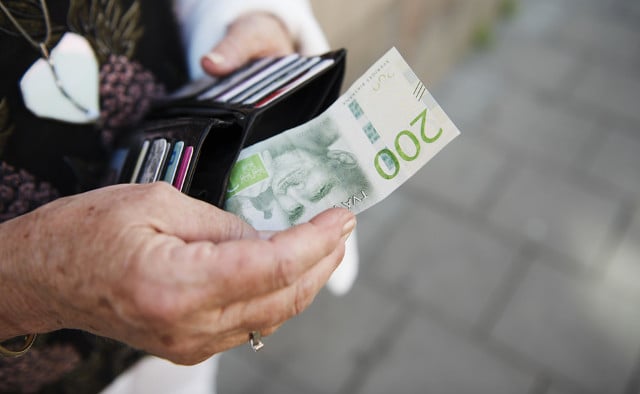 A dying method of payment in Sweden? Photo: Izabelle Nordfjell/TT

Niklas Arvidsson, one of the researchers at KTH behind the study, believes the prediction is possible.

“It's going very fast just now. For the banks handling cash is just a cost, so cash will only be available as long as people and stores request it,” Arvidsson told newspaper Svenska Dagbladet (SvD).

According to the Swedish Trade Federation, 80 percent of all transactions in the retail trade in Sweden today are already made with cards.

As long as a store has clear information stating they do not accept cash they may so no to a customer who wants to pay with that method. State-owned institutions however must accept cash, SVD explains.

The KTH report took in responses from more than 740 traders in industries that traditionally handle a high volume of cash like consumer stores.

In 2016 a study by Visa suggested that Swedes use their debit cards three times as frequently as most Europeans. The popularity of smartphone payment apps like Swish meanwhile has seen fruit and veg traders to buskers ditching cash in favour of other payment methods.