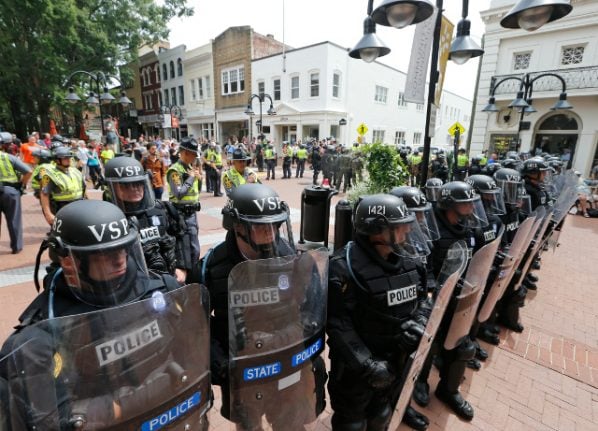 A 32-year-old woman was killed when a far-right sympathizer drove his car into a crowd of counter-protesters there to oppose a white nationalist rally in Charlottesville, Virginia, on Saturday.

“These are people who are in close contact with this movement in the United States and they have not made any secret of the fact that they are there,” Daniel Wiklander, acting editor-in-chief of Swedish anti-racism magazine Expo, told DN.

The newspaper lists several Swedes, including a former Sweden Democrat representative, a Gothenburg man in charge of a publishing company which publishes among other things fascist literature, and a Swede who lives in the US and runs a racist and anti-Semitic media platform.

“Once upon a time the young neo-Nazis in Sweden looked up to the US, and they exchanged letters with life-time prisoners there who had committed terror crimes. But now the Americans are looking at Sweden. They are players within the same movement. Sweden is not the little brother any more,” said Wiklander.

Sweden's security police Säpo has previously said it is keeping a close eye on extreme movements in the country, but has said it believes the threat of politically motivated terrorism by far-right groups is low.

It declined to comment on any Swedish extremists present in Charlottesville.

“What's going on in the US is a matter for US authorities. We're monitoring extremist environments here in Sweden and this is where our work is,” Säpo spokesperson Karl Melin told DN.